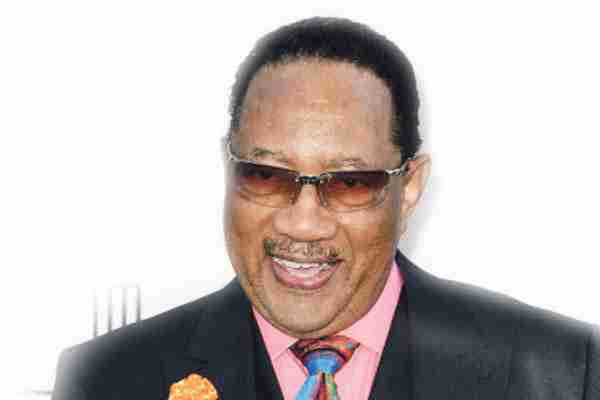 WASHINGTON (AP) — After more than three decades on Black Entertainment Television, Bobby Jones was showing no signs of slowing down as he shuttled gospel artists on and off his stage last weekend for the taping of a gospel program that is the longest-running show on BET.

Whether it was sharing a melody with gospel legend Dorothy Norwood or interviewing top new gospel artist Tosha Cobb, Jones, 75, has been the undisputed gatekeeper of gospel since he launched the Bobby Jones Gospel Hour in January 1980.

“I never know if I am going to do another season or not, but I always have that feeling that I am coming back to do it again,” said Jones, whose program is in its 34th season at BET. “This is the love of my life. I stopped my other profession to do this, and the results have been immeasurable.”

Even though Jones’s father was illiterate and his mother only had an eighth-grade education, he was determined to succeed, graduating from Tennessee State University with a master’s degree in education and three doctoral degrees.

While Jones was an elementary school teacher in Nashville in 1976, he put together a 30-minute gospel show called The Nashville Gospel Music Show that was a success. Four years later, Robert Johnson, founder of BET, decided to acquire Jones’s show.

Jones has been on BET since its inception, and for years he used to fly to Washington once a week, tape the show and return to Nashville. Today, Jones and his Nashville choir do everything in Washington over three weekends, and all of the top gospel artists manage to find a way to come to the District as well.

“I started out years ago with Bobby and I thank God for it,” said Norwood, who is poised to release her 52nd album this year. “It is a wonderful thing. It is only by the grace of God, and his mercy is encamped around me and I am still going strong.”

Williams, a member of the musical family that produced the Jackson Southernaires and the Mississippi Mass Choir, said Jones has worked with his family for the past 35 years. “He was first in his Nashville studio, then he moved to downtown Nashville and then Black Entertainment Television.”

“I just thank God for Dr. Jones for saying yes to God because he has changed so many lives,” said Cobb, who today has the top gospel hit There is Power in the Name of Jesus. She added: “I am so thankful because he gave me an opportunity.”

“Dr. Jones is the Oprah Winfrey of gospel music: After we sing on his show, record sales go up,” gospel artist Charles Butler said. “There are not many shows on this level that showcase our talent.”

Stephen Hill, president of programming for BET, said: “Bobby Jones was literally the foundation of programming at BET. He was the first show that BET had in terms of original programming, and he is not only strong after 34 years, he is thriving. He is BET. He is our center, he is our beginning.”

In terms of the future, Jones evoked the words of a song by the late Rev. James Cleveland. I Don’t Feel No Ways Tired. “My body is working properly and as long as that happens, we will be fine.”

Next post Ownership is not about ‘gimmie’ but about GIVING