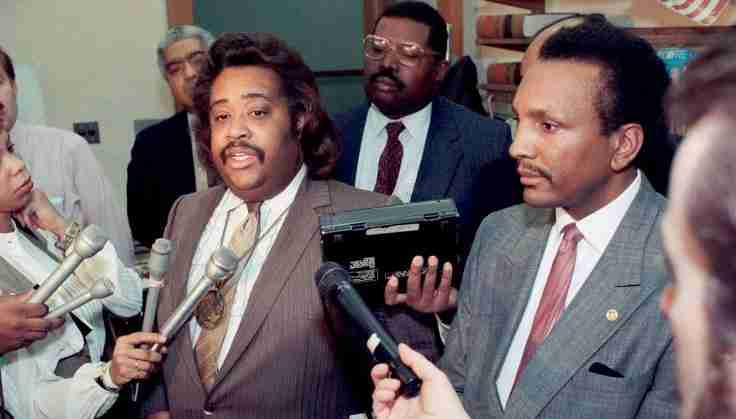 Cairo, Ill. (AP) – About 50 people marched the streets of Cairo the evening of June 19 calling for an end to racism and discrimination in a city where Black people, in the face of decades of crushing oppression, led one of the nation’s most courageous and prolonged battles for equality during the Civil Rights Movement in the Midwest.

The Heartland Unity March and Juneteenth commemoration started off with prayer and a stirring speech and poetry reading before participants from Cairo and beyond marched down Washington Street.

Robbie Koen, the keynote speaker, said she was honored to address the many young people who had gathered and committed to continue ﬁghting for justice and equality. Koen said she stands “on the shoulders of one who fought the good ﬁght here in Cairo” – her father, The Rev. Dr. Charles Koen. “He sacriﬁced everything to see Cairo move forward and also to see our people, Black people, move forward,” she said. “And actually, if you don’t recognize it, he was for the advancement of all people. Anybody.”

“WAR IN LITTLE EGYPT” The late Charles Koen, who died in July 2018, helped lead a yearslong battle for equality in Cairo. In the earlier part of the decade, he and other young people helped integrate restaurants, businesses and public places, including the town swimming pool. Though, not long after Black children ﬁnally won the right to swim, the pool was ﬁlled in with concrete. Koen went on to become one of the founders of the United Front in 1969, which worked to disrupt the White power structure that locked Black people out of economic opportunity.

“War in Little Egypt” was the headline of a 1969 article in Time magazine that read: “Its 4,000 white citizens are determined to maintain the local system of apartheid over the town’s 4,000 blacks that has persisted since before the Civil War.” Crosses were burned on the lawns of Black people’s homes. Members of the White Hats, which included local ofﬁcials and police ofﬁcers, harassed and shot at Black people living in the segregated Pyramid Court public housing complex.

Koen said that her father was part of a long list of people who fought and sacriﬁced “so we could have a better life.”

WILLIAM JAMES, ROBERT HUNT The trek that march organizer James Davis III laid out for Friday’s event holds deep meaning in Cairo. It started at the corner of Eighth Street and Commercial Avenue, near the spot where William James, a Black man, was lynched in 1909 before a crowd of thousands of people. He had been accused of killing a young White woman from Anna who had been found dead in a Cairo alley. The murder allegation against him was based on highly unreliable evidence and there was no trial.

When the rope broke from the steel arches from which the mob tried to hang James, they riddled him with bullets, then drug his body through the streets, burned and beheaded him.

Demonstrators left that area, on the banks of the Ohio River, and walked down Washington Avenue to the historic Customs House. During the civil rights era, the building served as Cairo’s police station and jail. Robert Hunt’s death there in 1967 touched off three days of tense protests and riots, and reignited the battle for civil rights in Cairo. Police said Hunt, a Black solider home on leave, committed suicide. But it was – and is – widely believed in the Black community that he was lynched, as well, murdered by law enforcement or with their consent.

Clarence Dossie, who was born in Cairo in 1943, said Hunt’s death was never investigated, and no one has ever been held accountable. Hunt’s tragic death is one in a long line of atrocities that Black people have suffered in Cairo, he said. As he came of age, Dossie, who is Black, said the only work available to people of color was over the state line in Missouri picking cotton, or cleaning the local hotel. Most men caught a bus on 14th Street to get a ride to the cotton ﬁelds, where they labored for 10 hours a day for $5. Dossie said that he left for Chicago to ﬁnd work when he turned 21, as many Black people of his era did.

He returned to Cairo when Black people began to organize in the ﬁght for their rights, and joined the United Front.

By 1969, though the civil rights era had ushered in many changes, including the integration of most places and the toppling of stubborn Jim Crow laws, Black people remained largely locked out of the Cairo economy into the 1970s. That’s what led the United Front to wage an economic boycott – they encouraged Black people not to spend their money in any establishment that refused to hire Black workers.

“Wherever we spent our money, we wanted to be able to work,” he said. “We wanted jobs, opportunity – just like any other person. You want to be able to feed your family.” At the time, Dossie said ﬁve millionaires and their families controlled the whole economics of Cairo. Instead of integrating the businesses they owned, “they took their money and left.”

Davis said he has been reflecting on these events of late, and wanted to bring attention to the injustices that Cairo has suffered – and also celebrate the city’s Black trailblazers. “This is the birthplace of civil rights in the Heartland,” Davis said.

Koen told the crowd that, “We have a responsibility as Black people to stand up for what is true.” “Don’t slip back and be afraid,” she said.

Prior to the march, Umarra Winﬁeld, 18, of Grand Chain, read a poem she wrote following a class debate about the decision that then-San Francisco 49ers quarterback Colin Kaepernick made to take a knee during the national anthem. Winﬁeld argued in class that it was a peaceful form of protest to draw attention to injustices, and should not be controversial.

She said the poem spilled out of her after one of her classmates made an offensive retort. She ﬁrst read it at a Black Lives Matter protest in Mounds a few weeks ago. “Too many graves being made. Too many souls are being laid to rest. No life should be valued less,” it reads, in part. “Black lives matter. This movement was started because men weren’t coming home because they left their house wearing the wrong color. The color of our skin shouldn’t matter.”

“Something in my mind literally just told me, `Read your poem,”’ she said. “Ever since then, it’s just been me wanting to get the poem out there because I feel it’s words that people need to hear.”

Dossie, who participated in countless marches and demonstrations during the civil rights era, called this most recent movement in the wake of George Floyd’s death in Minneapolis police custody a “reawakening.” He said it was good to see the protest in Cairo Friday, as each generation builds on the next.

“There’s always been two kinds of justices for Blacks and whites – not only here,” he said, “but everywhere in the United States.”