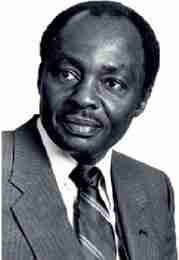 The Dania Beach Community Redevelopment Agency (CRA) in partnership with the City of Dania Beach Parks and Recreation department will host a re-dedication ceremony and community event at Chester Byrd Park on Feb. 4, from 11 a.m. to 3 p.m. This family-friendly event is being held to celebrate the park’s recent fitness upgrades in support of the Dania Beach Healthy Community Zone and to honor Chester Byrd who served as the first black mayor of Dania Beach as part of the City’s celebration of Black History Month.

As part of the festivities, there will be an unveiling of permanent art installations at the park including a portrait of Mayor Byrd as well as interactive art activities and paintings that the community can take part in. The art installations are funded by the Broward Regional Health Planning Council’s (BRHPC) TOUCH initiative which has been a driving force in the Dania Beach Healthy Community Zone initiative. Other activities include a free food giveaway sponsored by Feeding South Florida, lawn games, fitness demos, healthy living exhibitors, music and food.

Commissioner Bobbi Grace said, “I can reflect on this great man, our mayor of Dania Beach, Mr. Chester Byrd. Under his leadership I had the privilege of beginning my community service as a member of the Dania Activity Committee, the Dania Economic Development Corporation and working side by side on many community projects in the City of Dania Beach. He was my mentor, job well done.”

Chester Byrd was first elected to the city commission in 1981 and appointed mayor in 1983. He was re- elected to the City Commission in 1985 and reappointed as mayor in 1987 of which he served until his death in April 1988. He is remembered as an educator, champion of affordable housing, community organizer and leader. He was not only the first black mayor in Dania Beach but also in all of Broward County.