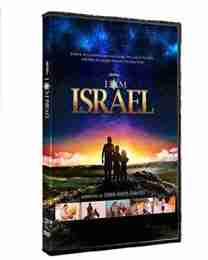 On Tuesday, May 23, “I Am Israel” will premiere and be released free of charge to churches, synagogues and Bible study groups around the world.

This special event will honor the 50th anniversary of the freedom and unification of Jerusalem, which commenced after the Six Day War of 1967.

“I Am Israel” is an epic documentary film, which takes viewers on a cinematic journey through the Land of the Bible, and follows the stories of fascinating Jewish men and women who are part of the rebirth of the nation of Israel.

It is narrated by award-winning actor John Rhys-Davies, best known for his roles in the “Indiana Jones” and “Lord of the Rings” series. Filmed in crystal-clear 4K, with an original orchestral score by award-winning composer Bob Farnsworth, the documentary brings to life the inspirational story of Israel like you’ve never seen before.

“I Am Israel” was produced and directed by award-winning filmmaker David Kiern, who wrote the script after his first trip to the Holy Land.

“As a Christian, I always had a positive view of Israel, but after seeing it for the first time with my own eyes, Israel got into my heart,”

Kiern said. “I don’t think I’m alone in this experience. In recent years, millions of believers from all over the world have been connecting to Israel like never before. Through “I Am Israel,” we wanted to take viewers on a soaring adventure through The Land, so that they could emotionally experience the miracle of what God is doing there.”

To see the movie trailer or to sign up your church, synagogue or small group, visit www.iamisraelfilm.com.