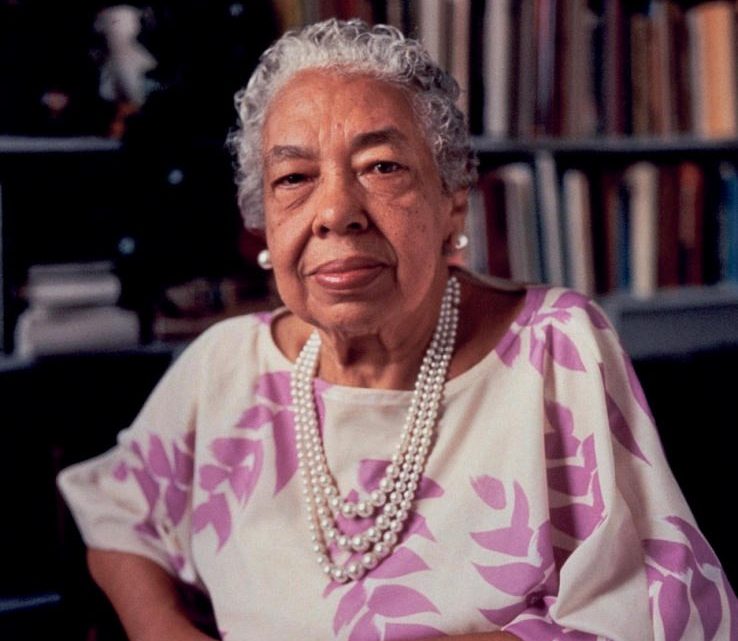 LEXINGTON, Ky. (AP) – A state senator wants to make some changes in what statues represent Kentucky in the state Capitol in Frankfort and the U.S. Capitol in Washington.

If Sen. Alice Forgy Kerr, R-Lexington, prevails, a statue of Alice Dunnigan of Russellville, the ﬁrst Black woman to receive White House press credentials, will replace the statue of pioneer surgeon Ephraim McDowell of Danville in the National Statuary Hall collection in the U.S. Capitol and a replica of Dunnigan would be placed in the state Capitol.

It would be left up to the Kentucky Historic Properties Advisory Commission, which oversees statues in the state Capitol in Frankfort, to decide where the Dunnigan statue would be placed in the august building in Frankfort. There is a vacant spot in the Capitol Rotunda with the removal last year of the controversial statue of Confederate President Jefferson Davis.

To accomplish this, Kerr has ﬁled a measure in this year’s General Assembly – Senate Joint Resolution 6 – to ask the Joint Committee on the Library of Congress to replace the Ephraim McDowelll statue in the Naitonal Statuary Hall collection in the U.S. Capitol with one of Dunnigan.

The National Statuary Hall is a popular tourist attraction in the U.S. Capitol. It was the site of the U.S. House of Representatives from 1807 to 1857. After years of disuse, it became in 1864 a hall devoted to sculptures of prominent Americans – two from each state. Kentucky’s representatives are 19th century statesman Henry Clay of Lexington and pioneer surgeon Ephraim McDowell of Danville. Both were placed in the Capitol in 1929.

By 1933, the hall had outgrown the single room, and a number of statues were placed elsewhere within the Capitol. Clay’s still is located in the hall and McDowell’s is in the Capitol Visitors Center.

Russellville attorney J. Gran Clark, who is assisting Kerr on the Dunnigan project, said he understands that a state’s statues in the U.S. Capitol have to have replicas in the state’s Capitol.

“This way we can get Alice Dunnigan in both the U.S. Capitol and the Kentucky Capitol,” said Clark. Statues of Clay and McDowell are in Kentucky’s Capitol Rotunda now along with the late Alben Barkley of Paducah, who was vice president under President Harry Truman from 1949 to 1953.

Clark, who was involved in successful efforts to get a statue of Dunnigan in Russellville in 2019, said Dunnigan “checks all the boxes in being honored. She was a teacher, journalist, a civil rights advocate and a Black woman who fought against all types of discrimination _ racial, sexual and age.”

Kerr’s resolution describes in detail who Alice Dunnigan was.

It says: Alice Allison Dunnigan was born April 27, 1906, in a small whitewashed cottage in Russellville. Her grandparents were slaves, her father was a sharecropper and her mother did laundry for a living.

Dunnigan attended Kentucky Normal and Industrial Institute in Frankfort, now Kentucky State University, and was a public school teacher in Logan County and Todd County from 1924 until 1942, the resolution says. She supplemented her small salary with various other jobs like whitewashing tombstones, working in a dairy, cleaning houses, and washing for other families.

During her teaching career, Dunnigan created “Kentucky Fact Sheets” to pay homage to the contributions of African Americans in Kentucky and to teach her students about their history.

She moved to Washington, D.C., to work as a federal employee from 1942 to 1946 while also taking night courses at Howard University. She became a correspondent in 1946 for the Louisville Defender, one of Kentucky’s largest African American weekly newspapers, the resolution notes.

While working for the Defender, she published, “The Achievements of Negroes in Kentucky” and became the bureau chief of the Associated Negro Press in 1947.

Vice President Lyndon B. Johnson named her as education consultant of President Kennedy’s Committee on Equal Employment Opportunity in 1961, where she remained until 1965. She was an information specialist for the Department of Labor from 1966 until 1967 and traveled across the country enforcing the newly passed Civil Rights laws.

From 1967 through 1970, Dunnigan was associate editor for the President’s Commission on Youth Opportunity. Following her retirement, she published her autobiography, “A Black Woman’s Experience: From Schoolhouse to White House,” in 1974, and then published “The Fascinating Story of Black Kentuckians” in 1982, according to Kerr’s resolution.

Dunnigan died in 1983 in Washington, D.C. She was inducted into the National Association of Black Journalists Hall of Fame in 2013.

A state highway historical marker for Dunnigan is in Russellville’s downtown city park and her descendants and others gathered in the city in August 2019 to dedicate a life-sized bronze statue of her created by Lexington sculptor Amanda Matthews. It was based on a 1947 photo of her on the steps of the U.S. Capitol holding a copy of the Washington Post.

In the last 20 years, nine states have replaced statues in the National Statuary Hall.

Kerr’s resolution serves as an ofﬁcial request to the Joint Committee on the Library of Congress to replace the McDowell statue with one of Dunnigan. The state would decide what to do with the McDowell statue that has been in the U.S. Capitol for many years.

The measure also creates the Kentucky Statuary Hall Commission to assist with the process of implementing the placement of the statue of Dunnigan in the National Statuary Hall collection, including raising and managing funds and providing ﬁnancial support the effort.

The commission would be responsible for the selection of a sculptor for the statue as well as all costs involved.

He noted that Arkansas is raising about $1 million for total costs to replace its two statues in the U.S. Capitol. Both Florida and Virginia also are mulling over replacing at least one of their two statues.