Encourage yourself in theLord! 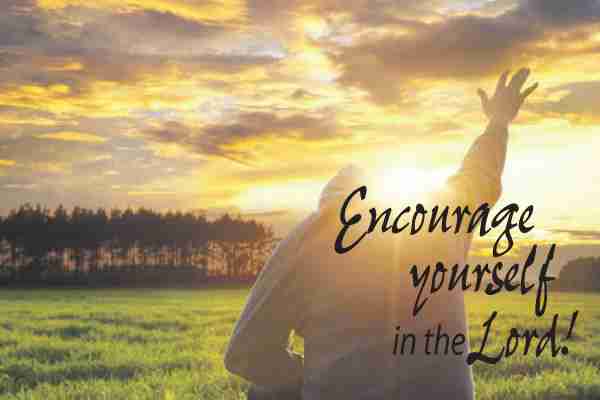 And David was greatly distressed; for the people spoke of stoning him, because the soul of all the people was grieved, every man for his sons and for his daughters: but David encouraged himself in the LORD his God. 1 Samuel 30:6

Colonel George Washington Goethals was the primary supervisor responsible for constructing the Panama Canal. This feat of engineering called for the Pacific Ocean and the Gulf of Mexico to be linked by a canal dug across the country of Panama. Since its completion, ships have saved millions of combined miles by being able to go through the canal and avoid the trip around the tip of South America.

While the work was being done, Colonel Goethals had to endure severe criticism from back home which predicted that he would never be able to finish what his critics called an “impossible task.” This man refused to listen to his critics and pressed ahead with his work.

One day a subordinate asked him, “Aren’t you going to answer your critics?” “In time”, the Colonel replied. “How?” the man asked. The Colonel smiled and said, “With the canal!” His answer came loud and clear on August 15, 1914 when the Panama Canal opened to traffic for the first time. The Colonel had encouraged himself! This man answered his critics and neutralized discouragement by sticking to the task at hand and humbly doing the work for which he had been assigned!

And just like the Colonel’s experience was in 1914, in 2014 no one likes to receive it, but it will come anyway! No one looks for it, but it is easily found. Criticism! Regardless of how Christ-like you live your life or try to conduct yourself in front of others, it seems there will always be those around you who will criticize you, and by doing so also discourage you.

In the Bible, David found he could place very little confidence in his companions. He was conscious that the misfortune in their lives had not happened either through his doing, neglect or ignorance. Yet he was the object of criticism. Those who should have applauded him and appreciated him, attacked him. Those who should have showered him with compliments, shoved him with complaints.

Yes, very often, our friends, and family are so caught up in themselves, how they feel, what is happening to them and how they are being affected that they cannot see objectively. So they verbally assault the closest ones to them. The best way to deal with this is to do what David did: Don’t respond negatively to your critics! Encourage yourself. As bad as the times are, desolate as your surroundings are, insulting as your enemies are, and critical as your friends are, as discouraged as you may feel, remember: God gives you the promise of restoration and recovery.

John Wesley in his famous sermon called “Satan’s Devices,” states that Satan has three main methods of discouraging believers. He tries to dampen their joy, attack their peace, and target their bodies (and minds) with sickness and pain.

But there are remedies for discouragement, and ways to handle criticism. From the life of David we learn that we can recognize God’s presence and purpose in our lives, remember to pray to God, rely on the promises of God, and then rest in HIS presence. That’s how you move from a heavy heart to a hopeful heart. That’s how you encourage yourself!

No matter how you feel, speak a word to yourself, and you will begin to be healed. Speak over yourself, keep your chin up, hang in there, and encourage yourself in the Lord.