Everything you didn’t know about Christmas 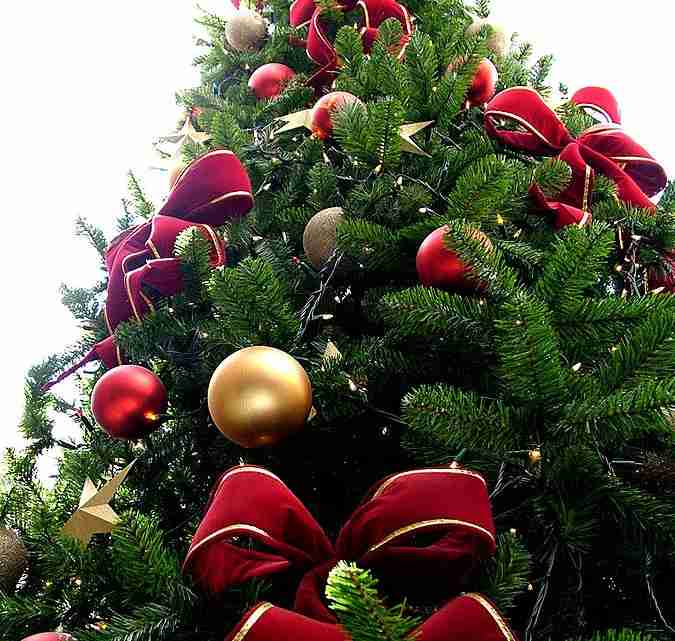 You know Dasher and Dancer and Prancer and Vixen.

You know Martin Luther invented the Christmas tree, and Queen Victoria and Prince Albert popularized it.

You know the Christmas holiday has strayed from its religious roots and observances.

But, author Judith Flanders says, “Anything you think you know about Christmas is wrong.

“No, Prince Albert didn’t bring the Christmas tree to England. No, the Dutch did not invent Santa Claus. No, Santa Claus’ red suit did not come from CocaCola. You could just go on and on forever.”

Flanders dispels myths and misunderstandings about Christmas in her new book, “Christmas: A Biography.”

She is a scholar of 19th-century history who previously has written about everyday life in Charles Dickens’ London and about Victorian domestic life. She says the holiday was a “natural” topic for her.

“The 19th century was a period where a lot of things we understand Christmas to be today crystallized.”

Here’s what she learned about a few familiar traditions.

RELIGIOUS HOLIDAY … BUT NOT More than half of all Americans — and 71 percent of white evangelical Christians — believe that the religious aspects of the holiday, the Christian celebration of Christ’s birth in Bethlehem, are emphasized less than they were in the past, according to a poll released this week by Pew Research Center.

But from the very beginning, Flanders says, “we have a holiday that has always been about eating and drinking.”

Since the 19th century, the focus of Christmas consumption has been on purchasing and giving gifts, she says. But there are warnings against excesses within decades of the bishop of Rome setting the date of Christmas on Dec. 25, according to the historian.

“We have the archbishop of Constantinople warning his flocks against feasting to excess and too much dancing on the day,” she says.

“We know historically nobody takes time to warn people against things they are not doing. You only see warnings about things that are happening. So we know that within 30 years of the day of the bishop of Rome’s announcement, we had a day that was pretty much given over to feasting, to excess and dancing. So it’s always been that.”

SANTA CLAUS IS COMING TO TOWN For centuries, Christmas has been part Christian celebration of Christ’s birth and part cultural celebration revolving around Santa Claus and giving gifts, she says.

The story of Santa Claus is popularly thought to have originated in the life of St. Nicholas. The fourth-century bishop of Myra famously threw three sacks of gold through a nobleman’s window to provide dowries to his daughters, according to a 1260 compilation of the lives of the saints called “The Golden Legend.”

By the 16th century, the story goes, he was traveling the Netherlands on the eve of his feast day in December, bringing gifts to good children and lumps of coal to others.

But St. Nicholas may not have been a real person. He wasn’t mentioned until hundreds of years after he would have lived, according to Flanders. And it’s unlikely Dutch immigrants brought the jolly old elf with them to America. The official church of the North American Dutch colony was the Protestant Reformed Church, which didn’t recognize the saints or their feast days, she writes.

Flanders says Santa Claus actually arrived in America in “an elaborate confection made up by the writers and historians who were around the circle of Washington Irving.” He included Santa in his 1809 satirical work, “A History of New York.” One writer in that circle was Clement Clarke Moore, who wrote “The Night Before Christmas.”

“It was really only as Christmas became more domestic, more about children, in the 19th century that presents became more of a thing,” Flanders says.

CHRISTMAS TREES AND PINTEREST-PERFECT CELEBRATIONS Christmas trees are another holiday tradition with a popular backstory that likely isn’t true.

One telling goes that Protestant Reformer Martin Luther was so inspired by the beauty of starlight twinkling in the branches of evergreen trees, he brought one home to his family and decorated it with glowing candles. The only problem with that story, Flanders says, is that Luther lived “several hundred kilometers from Christmas tree country.”

Even so, the first Christmas trees did come from German-speaking countries in the Middle Ages. Catholics would perform outdoor plays for the Feast of Adam and Eve on Christmas Eve, and without any apple trees to stand in for the Tree of the Knowledge of Good and Evil, they would hang apples from evergreens.

The plays, recalling the original sinners on the eve of the birth of the savior, passed out of fashion, but the trees stuck around, she says.

The first known decorated tree to move indoors was in a home in Strasbourg in 1605, according to the historian. Christmas trees reached Luther’s Wittenberg more than 100 years later and came to the United States with German immigrants.

There were mentions of Christmas trees among German immigrants in Britain, too, but the first account of a tree that can be dated belonged to German-born Queen Charlotte in 1800.

In 1848, an engraving of Queen Victoria and Prince Albert gathered around a decorated tree with their children appeared in a London newspaper. Then a popular American magazine, Godey’s Lady’s Book, used the photo but erased Victoria’s crown and Albert’s sash.

The magazine titled the image “The Christmas Tree.” Thus, the image gave middle-class households something to aspire to on both sides of the Atlantic.

“In every town, there were copies of this magazine with this picture, which was basically saying what Martha Stewart does today: ‘This is what your Christmas should look like,’” Flanders says. “Just like today, we know without a staff of 17 and three photographers and a couple of fluffers, no one is going to produce a Christmas that looks like Martha Stewart’s. But it doesn’t stop us from trying it, the same way this picture (did). People would’ve known this is not what living rooms look like, but it wouldn’t stop them from trying.”