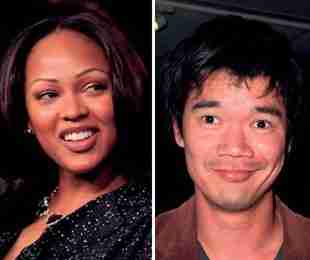 PHOTOS COURTESY OF CHRISTIANPOST.COM AND ZIMBIO

LA MIRADA, Calif. – Biola Media Conference, one of the largest national events for people of faith working in the entertainment industry, will return after a year hiatus on April 29 at Fox Studios in Los Angeles.

The original creator of the comic book character Deadpool, Rob Liefeld, director Destin Daniel Cretton and actress Meagan Good are slated to speak at the conference.

The Biola Media Conference, sponsored by Biola University’s Cinema and Media Arts department, is a haven for professionals and students who want to pave a new way forward for quality media-making from a Christian perspective – people who refuse to divorce their faith from their craft, and won’t settle for low-quality, didactic “Christian” media.

“The Biola Media Conference was an incredible experience,” said film and television producer, DeVon Franklin. “It was truly an honor to be able to share the power of building a thriving career in Hollywood, without compromising your faith.”

The 2017 theme, “No Boundaries,” will explore how saying “Yes” opens doors, allows filmmakers to stretch themselves, and how it changes lives and creates careers.

“The Biola Media Conference draws artists from around the world who are trying to step through the open doors that new technology has opened,” said Jack Hafer. “Thousands of new jobs are filled this year that didn’t even exist two years ago thanks to Netflix, Amazon, and now Apple and Google searching for original programming to secure their customer base. We’ve booked amazing talent to help you understand how to navigate these new waters.”

Liefeld, the creator of comic book characters Deadpool, Domino and Cable, recently announced that his much-anticipated graphic novel “Deadpool: Bad Blood” will release on May 17, which introduces the new and highly anticipated character of Thumper along with many other new characters in the series. At the conference, Liefeld will share his remarkable journey, how his faith has played an active role in his career and new projects he is working on.

Cretton is a film director, screenwriter, producer, and editor. He is best known for writing and directing his second feature film, “Short Term 12.” He is the director of the forthcoming adaptation of “The Glass Castle” set to release in 2017 featuring actress Brie Larson.

Good has appeared in numerous television shows, films and music videos since she started her career in 1985 at the age of four. Earlier this year, Good published her first book, “The Wait: A Powerful Practice for Finding the Love of Your Life and the Life You Love,” which she co-wrote with her husband, Franklin.

For more information or to register online, visit www.biolamedia.com. General admission is $149. Cost for Biola alumni is $40. High school and non-Biola college student admission is $75. Lunch and coffee bar are included.