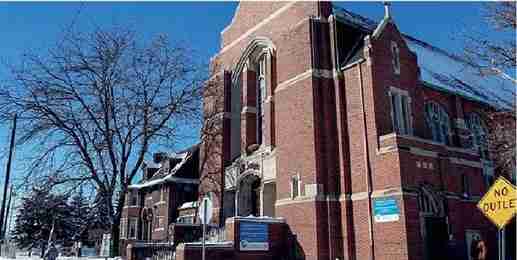 Despite informal agreement to leave church parishioners alone, many feared being deported and avoided attending.

DETROIT (AP)— After more than 100 years, a Roman Catholic church in Detroit is closing, partly because Hispanics who worship there fear immigration agents.

The final Mass at All Saints Church will be celebrated Sunday on Detroit’s southwest side. The congregation of 300 families will be encouraged to attend St. Gabriel, a nearby church.

All Saints was founded in 1896 and has been at its current site since the early 1900s, the Detroit Free Press reported Saturday.

The pastor at St. Gabriel, the Rev. Marc Gawronski, said there are many reasons for the closing of All Saints. The church has weak finances, needs repairs and has been losing members. A construction project on Interstate 75 has hurt attendance.

Gawronski said there has been an increase in raids and enforcement by federal immigration agents in the community. Immigration agents have an “informal agreement that they have affirmed that they will not go into churches and not hassle people going to church,” he said.

Nonetheless, “people are even nervous about being able to get up in the morning and go to church.”

Only three people attended a Spanish Mass on a recent Wednesday night, the Free Press reported.

In 2012, the Detroit archbishop told All Saints and St. Gabriel to make plans for an eventual merger.

Ila Mae Lancendorfer, 81, lives just a few blocks from All Saints. It has been a place for many of her personal milestones, such as baptism, First Communion and marriage. She was the music director for 30 years.

“The church has been just a very important part of my life – all my life,” Lancendorfer said.