Film review: The Case for Christ 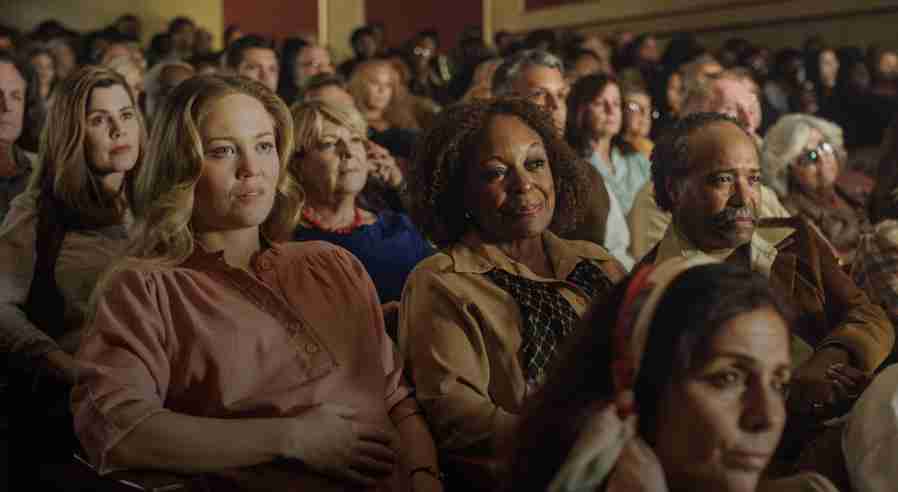 The faith-based film industry has both grown and matured over the last several years as filmmakers and investors see enthusiasm from audiences for these offerings.

The new film “The Case for Christ,” based on the real-life conversion story of former Pulitzer-nominated journalist Lee Strobel and taken from his 1998 book of the same title, provides further evidence of this maturation.

In fact, the pursuit of evidence forms the core of the film’s narrative. In 1980, Lee Strobel (Mike Vogel) finds his marriage and professional life turned upside-down when his wife Leslie (Erika Christiansen) converts from their shared atheism to Christianity.

Convinced that his wife has been brainwashed by a cult – being just a couple of years removed from the Jonestown massacre – Strobel decides to apply his journalistic expertise to debunk the central core of the Christian faith: the resurrection of Jesus Christ. Can Strobel find an evidence-based argument to refute Christianity, or will he be forced to face his own biases and assumptions?

Given that this is explicitly a conversion story (and that Strobel’s book sold 14 million copies over the last two decades), that outcome isn’t exactly a mystery, but the film isn’t intended to be a mystery anyway.

At its core, “The Case for Christ” is a love story on multiple levels rather than an exposition about evidentiary support for the Resurrection. The love Lee and Leslie have for each other becomes redemptive, but so too the terribly strained relationship that Lee has with his father, and that Lee also has with The Father.

“The Case for Christ” models a familiar tension for believers between faith and reason. Case for Christ People come to Christianity through both paths and generally find ways to accommodate both. Leslie’s conversion comes through an emotional tie to faith, but Lee clings to his vision of reason. That dichotomy plays out in their interactions, depicted realistically and very believably between Vogel and Christiansen on screen. For most of us, who struggle to blend the two, we will recognize ourselves in Lee and Leslie.

What sets this film apart from some others in this genre is the careful manner in which it depicts various characters and their own relation to faith. Lee’s atheistic friend provides him emotional support and comes across quite sympathetically, rather than someone to boo as might have been the case in less subtle hands.

The religion editor who challenges Lee to see the truth is as sympathetic but loses his temper in frustration over Lee’s abrasive behavior. Two sources for his evidentiary trail are at the very least agnostic, but portrayed as sympathetically as the Catholic priest who helps Lee start his investigation. The closest the film comes to a bad guy is Lee himself, as he struggles with his wife’s faith as almost a form of infidelity and lashes out at her new friends.

The production values match those of higher-level independent films. The casting of Vogel and Christiansen is especially successful, as they present a very realistic depiction of a young married couple in serious trouble. Faye Dunaway and Frankie Faison have smaller but notable roles, and the everestimable Robert Forster portrays Lee’s estranged father.

Eight is Enough’s Grant Goodeve has a cameo, but veteran character actor Mike Pniewski’s turn as the Chicago Tribune’s religion editor might be the most memorable outside of the featured cast.

The direction and cinematography are straightforward and not at all overdone, with no “shaky cam” usage to generate a false sense of style. The film does an excellent job of recalling the 1980-81 period without making the mistake of falling back into kitsch, opting instead for a look as realistic and nuanced as the film itself.

It all adds up to a compelling and very human story about love, redemption, faith, reason and finding peace with all of them.

With the emergence of “Risen” and “The Case for Christ,” the faith-based segment of the film market has come into its own.

On the Hot Air scale, I’d give it a five, worthy of paying full price for the ticket.