First woman sworn in as president of pastors’ council 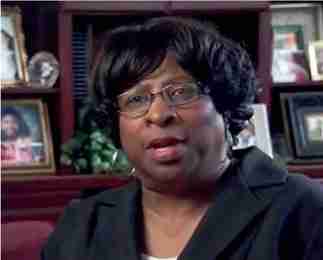 DETROIT – The first woman elected president of the Council of Baptist Pastors of Detroit and Vicinity was sworn in Sunday during an installation service at her home church in Detroit.

The public ceremony for the Rev. Deedee Coleman was held at Russell Street

Missionary Baptist Church, where she’s been pastor for 17 years.

“There are very few female pastors in Detroit, specifically Baptist churches,” said Coleman, 66. “It’s been a male-dominated area. You have members who have lived under male pastors all of their lives in the Baptist church, and all of a sudden you have women coming up who have voices.”

Congregations see women taking leadership roles in corporate America and other areas and are opening up to them being leaders in the church, said the Rev. Lawrence Glass, pastor of El Bethel Baptist Church in Detroit and outgoing council president.

“People are saying, ‘I know God speaks through women just like he speaks through men,’” Glass said. “Reluctantly some male leaders (in the church) have begun to accept it.”

The council represents about 150 churches and is made up of about 200 pastors and ministers.

It nurtures and trains pastors, and keeps them aware of issues affecting the community, said Coleman, who has served on it for 16 years, beginning as assistant secretary. “With anyone who would give leadership to that group, you must demonstrate a willingness to serve and she’s done that over the years,” said Glass, adding that Coleman also has “some feistiness in her.”

“A good leader knows what to fight for and is willing to fight,” he said. “She has that tenacity to let folks know that when she stands for something – she stands strong. She has that kind of tenacity about her that makes any Christian want to stand with her.”

Coleman was among a number of clergy who participated in a September rally and protest outside a Detroit church where then-presidential candidate Donald Trump was campaigning. Trump’s campaign rhetoric was seen by many in the black community as divisive and fearmongering.

He caused “turmoil” and showed a “lack of respect, not only for minorities, but also for females,” Coleman said.