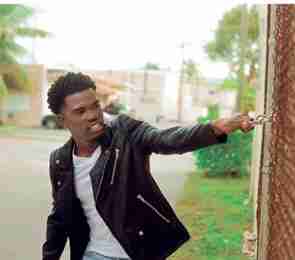 Florida has its very own gospel sensation and his name is DeWayne Crocker, Jr. A college freshman hailing from Pensacola, Florida, Crocker acquired most of his success from viral social media videos on YouTube and Facebook that have received more than 15 million views worldwide.

He first started singing as a child in church, but in 2015, Crocker was presented with an opportunity to share his God-given talent with a nationwide audience when he auditioned and was selected for Black Entertainment Television’s (BET) “Sunday Best: Race to the Stage” show.

He was one of more than 15,000 applicants from across the United States to submit a video to the competition and his soul-stirring rendition of “Precious Lord” garnered him a spot among 10 finalists, based on vocal ability, vocal creativity, stage presence and gospel ministry.

And after an intense three- week battle between those finalists, hosted on BET.com, DeWayne was crowned winner of the “Sunday Best: Race to the Stage” competition. He made his national television debut on the Sunday Best’s season finale in August of 2015.

IT ALL STARTED WITH HUMBLE BEGINNINGS DeWayne fondly recalls singing duets in church with his sister when he was five-years-old. Growing up, he continued to perform at area churches in Pensacola, but it wasn’t until he won a Pensacola

High School talent show at age 13 that he really became serious about music.

While in high school, he even auditioned once for “X-Factor” and twice for “The Voice,” where he made it as far as the second round each time. So, when the “Race to the Stage” competition came around, he threw his hat back in the ring and emerged the winner.

PAVING THE WAY Today, Crocker is truly a gospel sensation and an inspiration for future generations. A born again Christian, the 20-year-old gives all the glory to the Lord and is striving to reach his generation by exemplifying his love of Jesus Christ.

“I want other young people to know that your dreams can become reality. You must stay faithful, hear and follow the path that God has laid out for you. It may not be instantaneous but it always happens at the right time,” said Crocker, who graduated high school in 2015. “I was always singing at church, at school, at work, in the mall, at Walmart, but I never imagined that I would one day be singing for a nationwide audience and reaching millions of others all over the world. Of course, I hoped and really wanted to record music with a message, but God placed the right people in my path at the right time, and my dream has become a reality.”

His dream has become a reality, but the best is surely yet to come. With a personal philosophy of being “Young, Fly and Saved,” Crocker will undoubtedly continue to spread his wings and soar high.