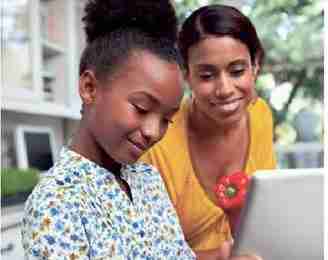 I remember when I graduated from college and endured a very brutal two-year job search. My Jamaican parents would say to me in their thick accents “never be sorry over a disappointment.” It was their way of saying that if it didn’t work out, it was for a good reason.

Fast forward to my life as an adult coming off the heels of a very exciting year. 2016, however, was the complete opposite. I wasn’t nailing down areas I thought I would and certain plans started falling apart.

The year gave me plenty of big and little losses that I brushed off and kept going. When October rolled around and reminded me that December was quickly approaching with no major wins in my pocket, however; I felt defeated.

The disappointment was so thick it felt tangible. My parents’ sentiment for my youth didn’t quite have the same effect now that I’m “adulting” with numerous responsibilities in tow. While traversing through the daily grind of career, recreational and even personal avenues, God’s power became foreign and felt unattainable. Luckily, through prayer and some “in your face” reasoning from close friends, I walked away empowered with a few things to share.

When disappointment rears its ugly head, first allow yourself to feel it. It’s so easy for us to put on our “Superman/Superwoman” capes and fly on to the next battle. And with the constant need to “keep it moving,” we compartmentalize without recognizing the need to pause and deal with the situation by feeling the hurt.

Take some time to verbalize it through prayer or a convo with a trusted friend, clergy or counselor. The healing process doesn’t begin until you release the disappointment by speaking about it.

Once you’ve verbalized the disappointment and the feelings attached to them, put some space between yourself and it to re-asses the situation and its effect on your life. You’ll begin to see in the grand scheme of things that it’s actually smaller than all the wonderful things that have happened (and are still happening) in your life. Disappointments are really an emotional ditch on the way to the greatness that’s in store for you. It is so important not to remain there for too long because you will miss a precious reminder that what you’re feeling is only temporary.

One morning while going to my car before work, I remembered that God did the impossible and gave me the ability to replace my “nonAC in Florida having, always breaking down” car with the one I was about to enter. It was a swift reminder that what I was feeling will be short lived and that God can work through anything.

When I look back to last year, the disappointments or shall I say set-backs were clearly a set-up for the “wins” that November and December had in store. Allow disappointment to do her perfect work leaving you wanting nothing but to live on in victory with the power to overcome the challenges that lay ahead. Things in this life won’t always work out the way we want them to, but they will work for our good.

Next post Spiritual therapy eyed as possible treatment for PTSD