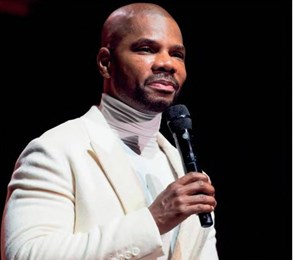 NASHVILLE, Tenn. (AP) – Grammywinning gospel artist Kirk Franklin says he’s boycotting the Gospel Music Association’s Dove Awards after they edited out part of his acceptance speech earlier this month in which he called for prayers after a police shooting in his hometown of Fort Worth, Texas.

Franklin posted a Facebook video on Monday that said he would no longer attend events associated with the Dove Awards, GMA or Trinity Broadcasting Network “until tangible plans are put into place to protect and champion diversity.”

The 50th annual awards show was held in Nashville, Tennessee, on Oct. 15 and aired on Oct. 20 on TBN.

“Not only did they edit my speech, they edited the African American experience,” Franklin said.

The GMA said in a statement that they are “deeply apologetic” and said it was not their “intent to disregard or silence any of our artists.”

This is not the first time Franklin has criticized the show for editing his statements. In 2016 on the Dove Awards stage, he spoke about police brutality and urged other Christian artists to speak out about racial injustice, but that speech was also edited when it later aired on TBN.

This year, he referenced a police shooting that had happened just a few days earlier that caused outrage and calls for police accountability.

GMA’s statement said that due to the broadcast window, they had to significantly edit the show down to two hours.

“We accept the responsibility of our error,” the statement said. “Although completely unintentional it caused great harm and deeply wounded many in the African American and gospel community.”

The statement said they have reached out to Franklin to discuss solutions moving forward.

Previous post 6 CALORIE BOMBS TO AVOID WHEN DINING OUT