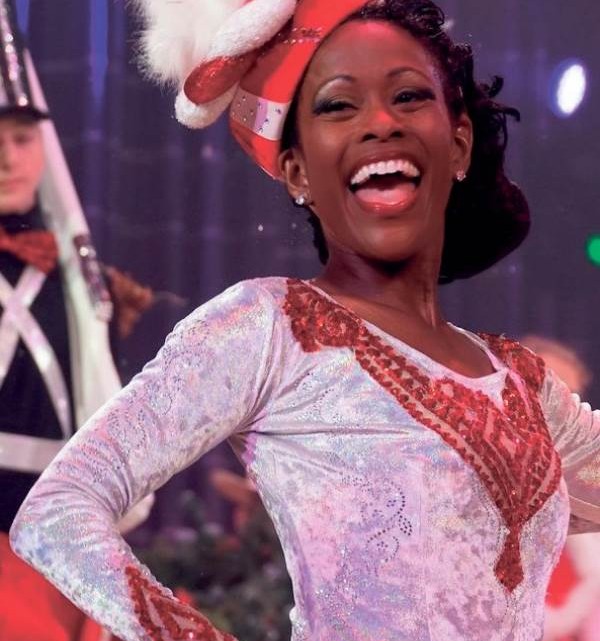 PHOTO COURTESY OF CHRISTMASTICKETS.COM
The Emmy-award winning Fort Lauderdale Christmas Pageant is worth every dime, the people have concluded. It’s evident in the fact that each year, the performances are nearly sold out at the massive First Baptist Fort Lauderdale in the city’s downtown section.

Even in this 36th year of the 2½-hour holiday spectacular, it never grows old and is always a highlight of the holiday season, proclaim pageant-goers. They rave about its magical portrayal of song and dance, live animals and diverse cast of performers. Most ﬁnd themselves in tears when the life of Jesus Christ comes alive on the stage during the second half of the show. Clearly, it’s a show-stopper.

It’s also the diversity of the show that grasps the attention of the well-rounded audience. Nearly every culture imagined is represented in the production. If you’re African-American it will appeal to you. If you’re from the Caribbean it’ll appeal to you too. If you’re Asian or Hispanic you’ll see your culture represented.

The song and dance is just as diverse. Imagine the holidays sprinkled with a little hip-hop flair, or the Gospels or a bit of salsa too. Clearly the diversity is a huge draw to so many. No group feels left out – not even the disabled! It’s designed that way to reflect God’s love of all people and the numerous ethnicities at First Baptist Fort Lauderdale.

But it’s the Community Performance, held at the start of Thanksgiving week this time around, that touched the hearts of the people. The church opened its doors for the disabled and the less fortunate allowing hundreds to witness the magic of the pageant absolutely free. Lead Pastor James Welch says it’s a most special performance because it reflects a giving spirit. It’s a gift from First Baptist Fort Lauderdale to more than 55 organizations that work to improve the lives of our community’s most vulnerable. A few of the organizations that participated are Salvation Army, 4KIDS of South, Sheridan House Ministries, Broward Gold Down Syndrome Organization, Ann Storch, and Woodhouse.

“We are grateful for the opportunity to give back to the community the thrill of a family Christmas celebration,” said Pastor Welch. “We are so grateful to be able to give back to our community in this manner. It’s a very special time,” said Welch, who has been on board as lead pastor at the historic church since March of this year, relocating here from New Orleans with his wife Amy and their three children.

“All the people that attended the community performance didn’t pay for their tickets,” said Ingrid Salamanca, communications director for the church. “It was 100% a gift from First Baptist Fort Lauderdale to the most vulnerable in our community.”

Natoshia Melvin, administrator for Woodhouse, a resident care facility for developmental, intellectual and physically disabled adults, says her clients and staff are invited to bring their clients each year, regardless of their disability, and this year was no exception.

Woodhouse had 18 clients to attend the pageant, all of whom had a blast, says Melvin. She said her non-verbal clients gestured that the show signiﬁed the angels from above, and also Jesus Christ. That was their way of describing the beauty and essence of God’s love throughout the show. And though some may not have been able to speak the words with an audible voice, their hand gestures of angels and Jesus said it all.

“They really had a great time,” Melvin said. “They were making angels in the air, symbolizing angels and Jesus. They really get excited about the holidays, so this was very impactful for them.”

Melvin, who heads up the day-to-day operation at Woodhouse, said words cannot express their gratitude to First Baptist Fort Lauderdale.

“Words cannot express how grateful we are. We have so many needs, but the generosity of the church is so amazing. It would be difﬁcult to attend this pageant without the generosity of this church. We just want to let the pastor, staff, cast and crew know just how much they mean to us. We’re forever grateful to them.”

This year was extra special, because after the Community Performance, First Baptist Fort Lauderdale held its First Annual Christmas Tree Lighting. Hundreds gathered on the church grounds for the festivities, which included caroling, holiday renditions from the church choir, and free food samples from various vendors. They came out to witness the ﬁrst of what will become a yearly tradition. It was all-out holiday glam and glitter as the pastor, his wife, and Fort Lauderdale Mayor Dean Trantalis lit the magniﬁcent tree. The mayor also attended the performance earlier, which he said was extra special because the church was giving back to the community. He reiterated he was delighted to be a part of it all.

Melvin summed it best: “This is a magical time of the year and the pageant starts it off. It’s a must-see for everyone! Everyone must go!”

Next post A Leader, a Legend a Great man