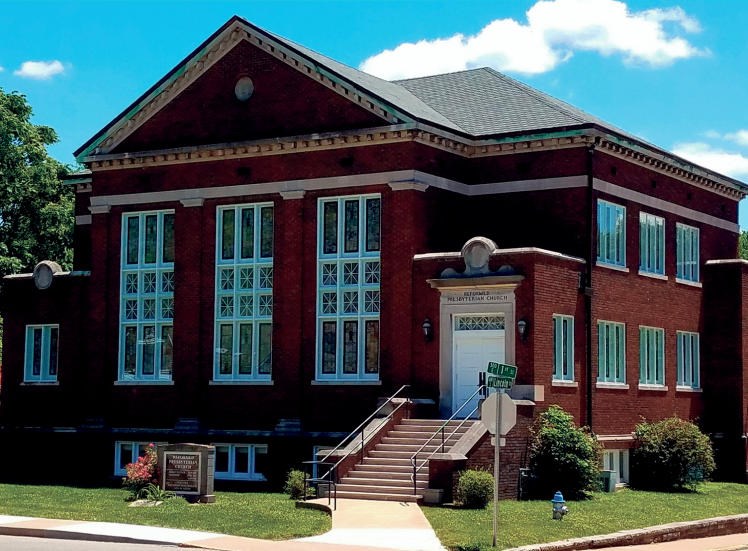 BLOOMINGTON, Ind. (AP) – When the Bloomington Reformed Presbyterian Church was founded, Indiana was 5 years old, Abraham Lincoln wasn’t a teenager yet, and one year had passed since the state conﬁrmed Bloomington as the site of Indiana Seminary, which later became Indiana University.

Now, in 2021, the church is celebrating its 200th anniversary throughout the year with the theme “Growing Under Grace.” Members of the church at 302 E. First St. have been researching its history, digging into its influence on the Bloomington community and planning events to celebrate the milestone.

The church is originally from South Carolina but formed in Bloomington as people moved toward the Midwest because of their opposition to slavery, Pastor Philip McCollum said.

“This church was part of the Underground Railroad,” he said. “This is what also makes us unique, historically, was that Reformed Presbyterians would not allow slaveholders to be members of the church to such an extent that they would be disciplined, they would be refused communion.”

Something else that sets a Presbyterian church apart is in the name, McCollum said. The word Presbyter derives from the Greek presbyteros, which means elder. Presbyterian churches are run by elders. That structure differs from a topdown hierarchy employed by many other denominations. The church being able to choose its elders and choose the pastor is a distinction, McCollum said.

Reformed Presbyterians, also known as Covenanters, also sing a cappella, singing from Psalms in the Bible.

ELDERS AND A CAPPELLA

McCollum said he thinks the church has stood the test of time because of its faithful preaching of God’s word – and the desire people have to hear it. He said God has blessed the church because the church sought to be faithful to him even as many churches have compromised or taken their lead from the world.

“Slavery is really a case in point,” he said. “The world was saying slavery was good and right and they believed that slaves weren’t equal, and Reformed Presbyterians said, no, that’s not what the Bible teaches. So they stood against culture and were faithful to God’s word, which meant giving up their homes.”

The church has a congregation of around 150 people, but the number fluctuates as students join during IU’s academic year. It also houses the Bloomington Chinese Christian Church, which meets in the building on Friday evenings and Sunday afternoons.

Germaine Santos-Cochran used to be on staff with the Campus Crusade for Christ in the Philippines. There, she attended a Reformed Baptist church that brought in thousands of people on an average Sunday. Top musicians in the country led worship, she said.

So when she came to Indiana, the Bloomington Reformed Presbyterian Church wasn’t her typical preference or aesthetic for a church, she admits. But the ﬁrst thing she remembers noticing is that “people here love people very well.” “I came here because of marriage, but I’ve grown to appreciate the strong body life and the good worship,” she said.

Santos-Cochran moved to the United States from the Philippines in 2015. Her husband, Keith Cochran, is from the U.S. and works at IU. In 2019, Santos-Cochran started thinking about, and preparing for, the milestone in 2021.

“I feel like we’re an undiscovered treasure,” she said.

She wanted to get the word out about the church’s history which got her involved in its 200th anniversary communications committee. She came up with topics to research – from the church’s involvement in the Underground Railroad to the Covenanter Cemetery, which it owns – and took on researching a topic herself.

Santos-Cochran said before digital GPS existed, people navigated a community by knowing street names, so it’s always been her instinct to pay attention to them. She loves driving her red 2016 Subaru Forester, which she calls Barnabas because she wants anyone who gets in her car to feel encouraged. The name Barnabas means “son of encouragement.” It didn’t take long for her to notice streets such as Covenanter Drive and Faris Way and wonder how they may be tied to the church. Through research, she found at least 18 streets in Bloomington with connections.

Another topic was spearheaded by Nora Shipp, a junior at Seven Oaks Classical School. Shipp has been going to the church for around six years, but she still remembers her ﬁrst Sunday there. She was around 10 years old and her family had just moved to Indiana from Texas. Everyone was joyful and welcoming.

Shipp said she was asked to talk with families that have remained in the church for several generations. She asked people how long they’ve been attending, what they thought when they ﬁrst started attending, the differences between then and now, how they’ve been involved over the years and their hopes for the future of the congregation.

“I think it’s just interesting how they all had, in a way, a similar story of just how happy they were that the church has grown so much,” she said.

There was a period where there were a lot of older people in the congregation, Shipp said, and they had prayer groups together to pray for growth of the church. Their prayers were answered, she said, and the church has grown a lot, including more young people and children over the past 50 years.

This history and more has been captured by Cheryl Molin in her book “Bloomington Reformed Presbyterian Church, Two Hundred Years of God’s Grace,” which she spent about a year working on.

Molin, a freelance writer and editor, and her husband, Greg Molin, have been attending the church for three years. She conducted research in various ways. Pastors at the church sent her information, such as essays written about previous pastors or about the church; she read an 800-page book about the history of the denomination and a handwritten history of the church from 1972. She combed through binders of newspaper articles from the church library and tracked down deeds for the church property and a map of the Covenanter Cemetery. People gave her photos from previous vacation Bible schools, church picnics and other events.

“There was a lot of information available, more in some aspects than I really expected to ﬁnd,” Molin said. “So it was a lot of work, but it was also just fun to ﬁnd how much information there was out there.” COVID FACTOR

She planned to go to the Lilly Library at IU last year, but due to the COVID19 pandemic, she ended up setting up a Zoom meeting where someone from the library would hold papers up to the screen so Molin could indicate what looked interesting to her that she’d like a copy of. It wasn’t as good as being there, but it was what was necessary in the midst of the pandemic, she said.

“I grew up, research is you go to a library and you pull a book off the shelf,” Molin said. “This is a very different way of doing it, but it was nice to have access to so much more than I would have had 30, 40 years ago.” 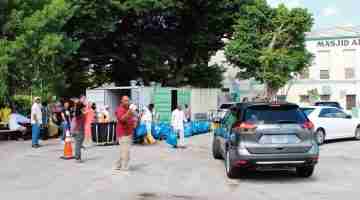