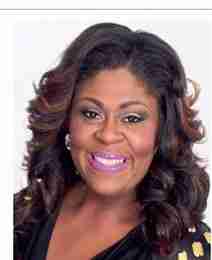 DeGeneres’ statement came Tuesday on Twitter several days after Burrell – who is a wife, mother and pastor at Love & Liberty Fellowship Church in Houston – said she makes “no excuses or apologies” for a sermon at her Houston church where she referred to gays and lesbians as perverted, but she did say her words were taken out of context.

“I’m signing on here because people matter and I’m not running from anything. I came on because I care about God’s creation and every person from the LGBT(Q) … I never said LGBT(Q) last night. I said S-I-N. And whatever falls under sin (is) what was preached,” Burrell said in a follow-up video after the first one went viral.

The initial tape of Burrell preaching at her church began circulating online recently, but it wasn’t immediately clear when she gave the sermon. She said that “the perverted homosexual spirit, and the spirit of delusion and confusion, it has deceived many men and women.” She referred to specific homosexual acts as perverted.

She further defended her comments about the tape that had circulated, saying “the enemy” spread only a portion of her speech.

“Now what was posted was not all I preached to, but only that. Isn’t that something? That is designed of the enemy to make it look like I have a personal agenda against people. It’s a heartbreak, but it’s the world we live in. We fight for so much, but for the right thing. To the carnal all things are carnal and to the spiritual all things are spiritual.

Burrell and Pharrell were scheduled to sing a duet on DeGeneres’ show, who is one of show business’ most prominent lesbians. They were supposed to sing “I See Victory” from the soundtrack of the new movie “Hidden Figures.”

DeGeneres’ tweet read: “For those asking, Kim Burrell will not be appearing on my show.” There was no further comment from the show or DeGeneres.

Pharrell posted on Instagram that “I condemn hate speech of any kind,” making no specific reference to Burrell.

Singer Janelle Monae, one of the stars of “Hidden Figures,” also came out against Burrell’s comments in a caption when she reposted Pharrell’s statement on her Instagram page. “I am personally beyond exhausted by the ignorance and bigotry living in some people. At times I want to punch and I want to slap a lot of people when I read and hear the s*** that comes out their mouthes!!! (sic) I will rejoice when folks stop thinking they ARE GOD, Jesus’ assistant, picking and choosing what “sins” are acceptable in the Bible, and using the Bible as a whip! WE can’t afford anymore tearing down of our shared humanity,” Monae posted.

Burrell encouraged her supporters to avoid being discouraged and told them her world was not being rocked by the incident.

‘I know that people are going to be mad. To every person that is dealing with the homosexual spirit, that has it, I love you because God loves you. But God hates the sin in you and me, anything that is against the nature of God,” Burrell said. “I’m not to be shaken cuz’ (sic) I’m out here for God and I came on here because I love people.

Editor’s note: Compiled from reports by The Associated Press with quotes from Burrell’s videos on social media.