Lauren Daigle wants to break down walls to Christian music 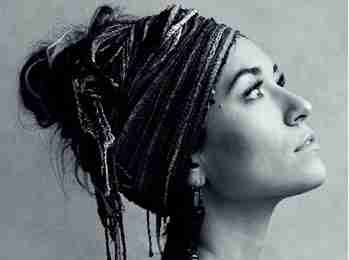 NASHVILLE, Tenn. (AP) – Three years ago, Lauren Daigle took home three Dove Awards for her debut record, “How Can It Be,” and the Louisiana singer-songwriter got her first taste of the weight of genre’s expectations on her shoulders. The 2015 album, one of only a few Christian music albums to have been certified platinum in recent years, propelled her to the top of the Christian music charts.

“You’re sitting there with these awards and it’s a beautiful moment,” Daigle said. “But everything that was happening in my ears was like, `Oh my gosh, how do I maintain this responsibility, how do I uphold this level of expectation?”’

Since then, the 27-year-old has more than risen to the challenge of being an ambassador for contemporary Christian music. She sang a duet with Reba McEntire on the Academy of Country Music Awards, recorded a song for the “Blade Runner 2049” soundtrack, earned two Grammy nominations and toured relentlessly.

Her follow up, “Look Up Child,” debuted this month at No. 3 on Billboard’s all-genre album chart and had the best first week sales of any Christian album in nearly nine years, according to Billboard. Daigle, who is performing at this year’s Dove Awards on Oct. 16 and is nominated for an American Music Award, talked with The Associated Press about why she likes Chance the Rapper and breaking down the walls to Christian music. The following remarks have been edited for brevity.

AP: This new record has a lot of strings and orchestration on the songs. What was that like in the studio?

Daigle: We got to go into the studio and listen to all of the sounds that can be created from an orchestra, from the strings. I remember this moment, they were in a semi-circle and I sat in the middle and I had some friends come in and sit there with me. And tears just started falling down their faces. It was so pure. Just that kind of sound was so pure and rich. I loved the complement to the lyric that strings bring.

AP: Do you want to change people’s understanding of what Christian music can be?

Daigle: Chance the Rapper got to do stuff with all these gospel artists. So profound. I love that, right? And that was something I wanted to bring in as well. Like elements where people who weren’t necessarily church people, or Christians, or whatever the title is, who don’t really dive into that kind of music can hear something and it be compelling enough, and it be strong enough to where they are drawn in and feel welcomed and invited.

AP: Has it always been your goal to reach people beyond the Christian music genre?

Daigle: We have this saying in my team that’s called “Extend the tent pegs.” And it’s not to leave behind anybody that has listened to this music so far and that has been along this journey with me because I am 100 percent grateful. So I don’t want to leave anybody behind, but how do I also make music that people who might not listen to Christian music they can also connect to? They can also relate to? That’s super-important to me to make music that permeates all the walls and just tear all the walls down. People need love, people need hope. People need joy anywhere in life.

AP: You have a song called “Losing My Religion,” tell me about the meaning of that song.

Daigle: I had realized there are so many moments where I let that expectation dictate my ability to perform, my perfectionism. And as much as we want to create a white picket fence, it’s not real. It’s a facade. And I think the sooner we realize that people can be messy and people are fragile, the more we actually start to see through the eyes of God, or the God that I know. We experience kindness for humanity. We experience joy for humanity. And we run toward them instead of building all these barriers. And so that’s what “Losing My Religion” is. It’s taking down all the boxes, taking down all the fences, and it’s living as pure and as whole as possible.