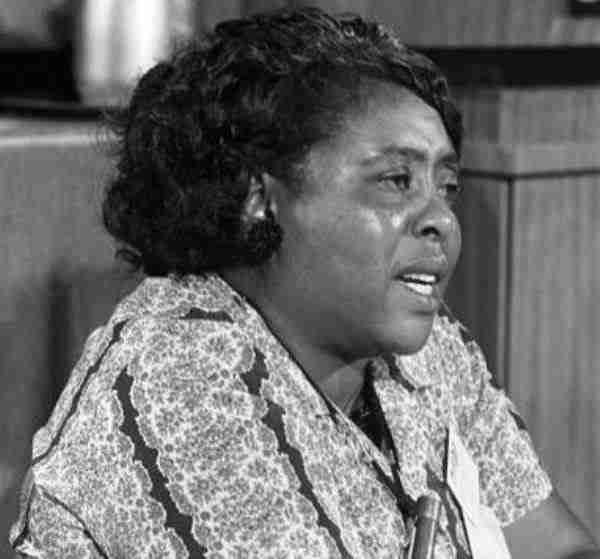 Research for the project was led by a Mississippi Valley State University student and a professor who taught him, the Greenwood Commonwealth reported.

C. Sade Turnipseed is an associate professor of history, and 17-year-old Nigerian native Brian Diyaolu took her public history course during the fall semester. They recently received approval from the Sunflower County Board of Supervisors to place the Hamer sign in front of the county courthouse. It will be unveiled during a ceremony March 27.

Students in Turnipseed’s course are assigned a historical topic, and Diyaolu’s was Hamer. He said he wrote three drafts of the historical marker’s narrative before pitching the idea to the supervisors. He said other students helped him edit the narrative and prepare the presentation.

Hamer was born in Montgomery County, Mississippi, to sharecroppers on Oct. 6, 1917.

In October 1962, Hamer was escorted by Charles McLaurin and other Student Nonviolent Coordinating Committee members when she made her first attempt to register to vote at the Sunflower County Courthouse. At the time, Mississippi and other states had roadblocks, such as literacy tests, to prevent African Americans from voting.

At the 1964 Democratic National Convention, on behalf of the Mississippi Freedom Democratic Party, Hamer testified about resistance she and others faced. She famously said she was “sick and tired of being sick and tired.”

A year later, President Lyndon B. Johnson signed the Voting Rights Act of 1965, which prohibited racial discrimination in voting.

“She was a beacon of light,” Turnipseed said. “Her ﬁght … enabled all Americans the right to register to vote. That’s why we’re putting the marker there – because it took so much courage for a woman to do this.”

Next post Super Bowl Gospel Celebration back on BET, back in Miami