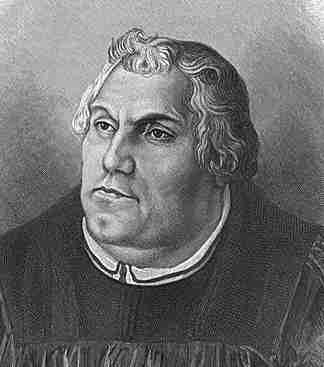 A portrait of Martin Luther

This year marks the 500th anniversary of the launching of the Protestant Reformation in Germany. Commemorations will be held from Memphis to Mombasa to Mumbai to Munich.

Yet, most events and books on the Reformation explore it without any reference to African Christians.

This silence is profound, and I would like to break it by offering possible Ethiopian connections to Martin Luther and the Protestant movement.

Luther launched the Protestant Reformation in 1517, but he had begun that year fascinated with Ethiopian Christianity.

That will come as a surprise to many of today’s Christians, even scholars, who are accustomed to discussing Luther and the Protestant Reformation as solely European subjects.

But Luther esteemed the Church of Ethiopia because he thought Ethiopia was the first nation in history to convert to Christianity.

Located far beyond the the Roman orbit of Catholic Church, this first Christian kingdom, according to Luther, served as an older, wiser, black sibling to the white Christian kingdoms of Europe.

In a sense, the Church of Ethiopia was the “dream” for Luther, a true forerunner of Protestantism.

As an ancient church with direct ties to the Apostles, the Ethiopian Church conferred legitimacy on Luther’s emerging Protestant vision of a church outside the authority of the Roman Catholic papacy.

As a forerunner of the Protestant Reformation, the Church of Ethiopia embodied the gospel message more robustly and faithfully.

Absent from Ethiopian Christianity were practices Protestants would dismiss: the primacy of the Roman pope, indulgences, purgatory and marriage as a sacrament.

Recalling the dialogue with Michael the Deacon, Luther later stated: “We have also learned from him, that the rite which we observe in the use of administration of the Lord’s Supper and the Mass, agrees with the Eastern Church. … For this reason we ask that good people would demonstrate Christian love also to this (Ethiopian) visitor.”

For his part, after having lowship Luther’s Articles of the Christian Faith interpreted to him, Deacon Michael proclaimed: “This is a good creed, that is, faith.”

From his dialogue with the Deacon, Michael Luther must have been thrilled to learn that what he had rediscovered in his reading of the Scriptures was already present in the Ethiopian Church.

His reforms were based on more than the early church of his imagination. For Luther, the Church of Ethiopia was the historical proof that his reform of the church in Europe had a clear historical and biblical basis.

The revelation that Ethiopian Christianity possibly had links to Protestant Reformation is a not Europe game-changer for what is generally thought to be an exclusively European phenomenon.

The admission that this cross-cultural global exchange between Africa and Europe shaped early Protestantism disrupts the narrative that the Reformation was solely the product of Western civilization.

David D. Daniels is Henry Winters Luce Professor of World Christianity at McCormick Theological Seminary in Chicago, and a bishop in the Church of God in Christ. This article first appeared in The Commercial Appeal of Memphis. The views expressed in this opinion piece do not necessarily reflect those of Religion News Service.

Previous post Drake did not submit latest album to the Grammys