Mary was no ordinary woman 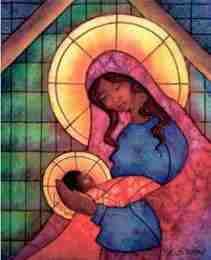 SAN FRANCISCO – For the first time ever — and just in time for Advent — a new release presents an archeological and historical biography of the most adored and remarkable woman in history: MARY OF NAZARETH: History, Archeology, Legends by author Michael Hesemann digs into the heart of the life lived by Mary, the mother of God. From her earliest days as a small child, to the Annunciation and her life raising and loving Jesus, the most beloved, along with the lesser known chapters in the Blessed Mother’s life, Mary is examined in new and impressive detail in Hesemann’s book. Popular legends are explored, ground unearthed and contemporary sources scoured.

Hesemann, an accomplished author of 38 books who studied history and cultural anthropology in Germany, is uniquely situated to tell this important story of the Blessed Mother. He has participated in archaeological excavations in the Holy Land, and has helped to date discoveries in Nazareth as well as several Christian relics. Hesemann has advised and participated in TV programs for the Discovery and History Channels as well as EWTN.

The author’s impressive background is on display in MARY OF NAZARETH, as the reader is taken on a virtual expedition to the places where Mary lived or traveled. Included in the book are vivid, color images of the places described and investigated by Hesemann, including the Advocata icon (the oldest known Marian image), the interior of the Holy House of Loreto, Mary’s Well (the scene of the Magnificat), Mary’s tomb in the Kidron Valley and many more that bring to life in a special way the locations that played important parts in the daily life of Mary.

MARY OF NAZARETH provides the millions of Marian follower’s new insight into the fascinating woman who was the Mother of Jesus and the context for and the answers to many long-held queries about Mary. Hesemann also delivers the truth behind the real Christmas story, including the Three Wise Men and the Star of Bethlehem, just in time for the Advent season.

Paul Thigpen, author of A Year with Mary: Daily Meditations on the Mother of God said, “Through historical, archaeological and textual research, Hesemann takes us on a lively adventure that sheds fascinating new light on the mother of Jesus. His personal devotion to the Virgin shines through his extensive scholarship to create a delightful and enchanting portrait of the Mother of God.”