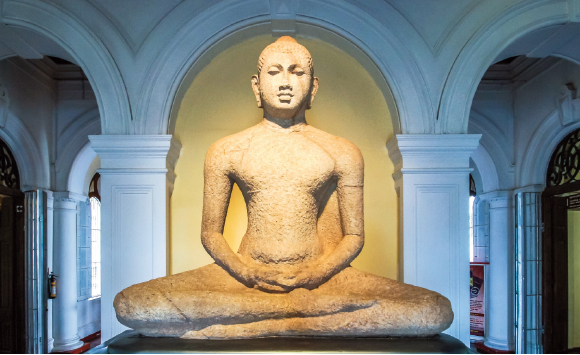 And for eight years now, Engum has been sharing that practice with other men experiencing troubles – inmates at state prisons.

Engum, 66, called himself a “lay student” of Zen Buddhism, which he grew interested in after years of studying karate. The two disciplines have common “forms,” he said, such as bowing to show respect to others and the discipline required to practice both.

But in 1993, he said he suffered “personal devastation.” He didn’t give details, but said he found a rope to grasp in a book on Zen Buddhism. That led to a Zen teacher and the beginning of a now 20-year relationship with the Dharma Rain Zen Center in Portland.

Back in 2007, Engum said a priest at the center asked him to go into Two Rivers Correctional Institution, Umatilla, and lead a meditation group.

The priest conducted meditation workshops a few times a year at Oregon prisons, Engum said, but she considered that too infrequent. She asked him if he would hold lead a monthly group at Two Rivers.

“When I started doing it, I felt like once a month wasn’t enough, either,” he said. “I upped it to once a week.”

“I’m authorized to facilitate the group and practice,” he said. “I don’t go there as a teacher, I just go there sharing the experience of my practice.”

Zen Buddhism is not a belief system or religion, Engum said, but it requires followers to meditate, which Engum described as a method for self-observation or to understand personal experience.

“It’s like learning to read your owner’s manual,” he said.

The basics require sitting in a posture where you can be comfortable, “balanced over your spine” and relaxed.

“That’s a little difficult at the start,” he said. “In the beginning, you try, and in the end you just do.”

Meditation might look like someone sleeping while sitting, but Engum said the goal is to “be awake and aware of all the sensations and thoughts that come and go,” but not dwelling on them, dissecting them or judging them. Getting there takes effort.

“You can’t taste the food by reading the recipe,” he said. “You have to do the practice.”

The practice also is about living in the now, he said, the thing we often miss out on.

“Over time, this has a very transformative effect,” he said, such as being able to “actually listen to somebody.”

The group’s room at TRCI holds a maximum of 20 people. There is a waiting list to participate. At EOCI, as many as 22-24 inmates will attend, but Engum said most nights 16-18 men show up at either group. Inmates set chairs and cushions in a circle and take places. Engum rings a bell to signal when the meditation begins. The groups practice 30 minutes of seated meditation, then 10 minutes of walking meditation, then 30 more minutes seated.

The prison groups also discuss meditation and the book they are reading, The Way of Liberation by Adyashanti.

Tim Clements, 60, arrived at Two Rivers six years ago and is a core member of the meditation group. He said he has struggled with depression throughout his life and needed prescription medication to manage the condition.

“Depression for me is very physical,” he said.

When depressed, he said he becomes lethargic, shuffles along, slouches. He also said he even developed a “strong sense of entitlement to the depression.”

The meditation practice has provided him the tools to see the symptoms, he said, and to take action to move away from the darkness. Today Clements said he manages his depression with the meditation and without the medication.

And the practice of being mindful and in the moment keeps him from getting caught up in gossip and drama that can thrive in prison.

Fellow Two Rivers inmate Scott Strickland, 61, has been participating in the meditation group for a few years. He said chronic anxiety would lead him into depression and poor choices. The meditation helps reduce his stress, he said, and like Clements he now can recognize the signs of depression early on and manage them himself.

Strickland also said meditation helps him cope with a ubiquitous feature of prison life – counting the days to freedom.

“It’s not important when I get out,” he said. “What’s important for me right now is that I need to have a life worth living.”

And that’s the point. Engum said this “body practice” should start to manifest in everyday life and can lead to being less reactive, more aware. He said he was lucky enough to stumble upon meditation when he needed it most, and sharing the practice is its own reward.