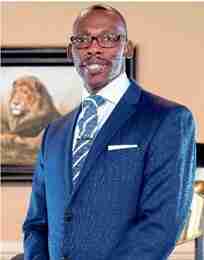 The Atlanta Journal- Constitution reports that Bishop Stephen A. Davis was introduced as the new senior pastor at New Birth Missionary Baptist Church in Lithonia during church services Sunday. The church had said the 63-year-old Long died Jan. 15 after battling cancer.

Long and the church board of directors adopted a succession plan in 2013 for Davis to take over New Birth.

Long was senior pastor at New Birth since 1987.

The church said it grew from 300 members to more than 25,000 under Long’s leadership and became one of the nation’s largest congregations.

But the megachurch’s reputation was tarnished after former congregants accused Long of sexual misconduct.

Next post First woman sworn in as president of pastors’ council

Inside the church at heart of Louisville’s Breonna protests