Mr. Vegas’ Soul Therapy set to be a gospel classic 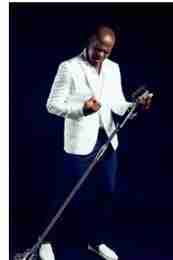 Mr. Vegas stunned the music world late last year with the announcement of his conversion to Christianity, just weeks after the release of his much-anticipated album “This Is Dancehall,” which was recently listed by Billboard magazine as one of the Top 10 Reggae albums of 2016.

Since then the veteran dancehall star, who is known worldwide for anthems such as Bruck It Dung and Heads High, has been under the micro- scope as fans and critics ponder what will be his next move.

The award-winning artist who is now walking with Christ is gearing up for the release of his debut gospel album, “Soul Therapy.” The 17-track album, which features production work from Grammy award-winning producer Eddie Perez, Jason Edmond, Cleveland “Clevie” Brownie, Emerson Alley, Natel and Mr. Vegas, is a winner from start to finish.

On the opening track, I’m Delivered featuring Glacia Robinson, Vegas is in a penitent mood as he cries out like David asking God for forgiveness.

“We are living in a world that’s sinking deeper and deeper into darkness. These are some very terrible and dreadful times and now more than ever we must call upon the Father for guidance and deliverance,” said Vegas.

Songs such as We Need You Now, I Come To You, As Long As I Live and You Are Welcome featuring Jason Edmond will also hit home with diehard gospel music lovers.

Vegas’ original fan base is not to be left out as “Soul Therapy” also features several dancehall and reggae flavored tracks such as He Walks With Me, Nobody Greater and Dash It Weh.

“There’s something on this album for everyone, and it’s my sincere wish that the people who listen to it will hear the message of God and receive their deliverance,” the singer said.

On “Soul Therapy” Vegas shows his maturity not just musically, but also on a personal level. This is very evident on songs such as Protect Me, I’m All That & More, I Come To You and As Long As I Live.

“This album means a lot to me, without a doubt it’s the best and most fulfilling project that I’ve ever done. It’s a very personal album, it’s about my journey and the freedom and happiness that I’ve found in Christ.”

It will be released on iTunes and all other leading online music platforms and on CD on February 24.