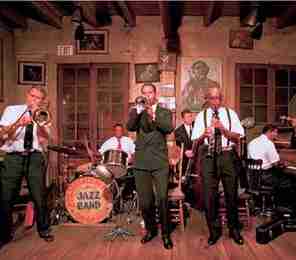 NEW ORLEANS (AP) – A historic New Orleans church dating back to 1906 to minister to Norwegian sailors and eventually became an important venue for jazz performances is closing. L. ocal media reports the Scandinavian Jazz Church will end operations by Dec.

31 and the building is under contract to be sold to a new owner by the end of the year. The buyer has not been disclosed. The facility was founded as a Seamen’s Mission under the patronage of Norway and became known as the Norwegian Seamen’s Church as it ministered to Norwegians traveling through New Orleans. It’s also been an important performance space for the city’s jazz musicians and a gathering spot for people with ties to other countries in northern Europe.

In 2016 the Norwegian government stopped supporting the church, calling into question its future.

It was taken over by a local board that renamed it and remade it into a jazz and special events venue. But Jan Mikalsen, who heads the board, says it became unsustainable to continue to operate.

In a news release, Mikalsen called the decision to close the doors a “difficult, highly emotional and painful one.”

“As the years passed, it has become obvious that despite our best intentions, planning and flexibility, the generosity of many people, and the prayers and volunteer engagement of so many others, that our work and operations have become unsustainable,” said Mikalsen, a local businessman in the maritime industry.

Over the years the church expanded from religious services and became a destination for arts and culture events. It hosts Sunday jazz services and an annual Scandinavian Festival.

The facility isn’t just home to the church. There are also four guest houses and a swimming pool.

Next post Church near border plans welcome statue to immigrants