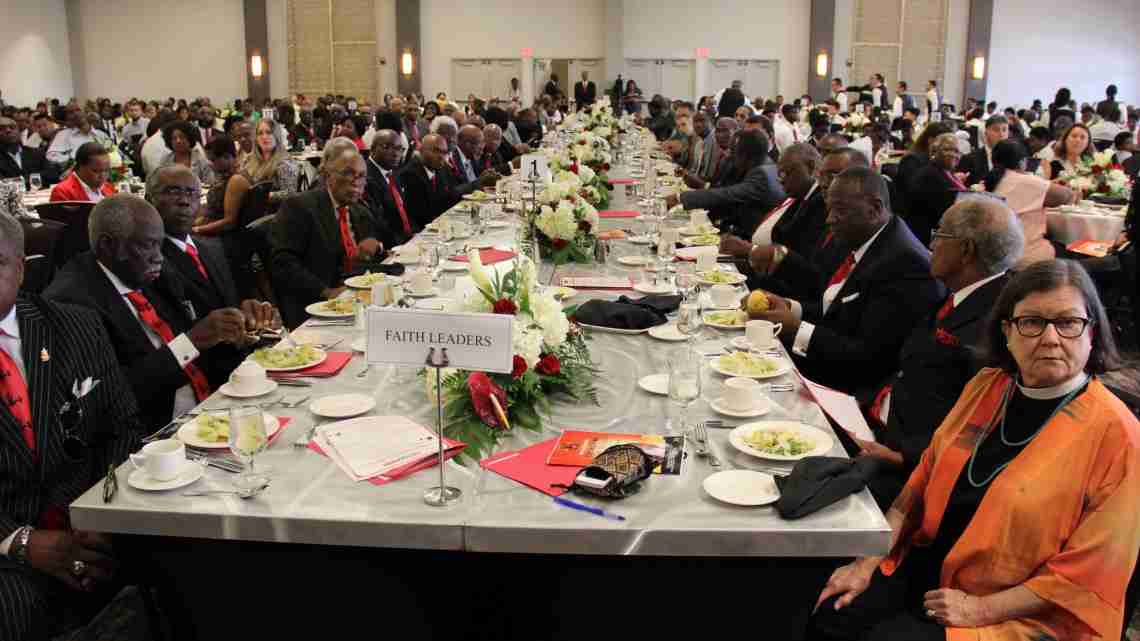 Miami-Dade Police Department Director Juan Perez, State Attorney Katherine Fernandez Rundle, Pastor Carl Johnson, spiritual leader for the Miami Dade “My Brother’s Keeper” Initiative, and other community and faith leaders also addressed the audience on the urgency of working together to improve the lives of children.

Community activists, including members of Mothers of Murdered Children, principals, and students from schools most affected by gun violence and crime where children have been murdered were also in attendance.

“We have to reign in the senseless violence that is gripping our communities,” Wilson said. “I am grateful that Congressman Clyburn and Reverend Sharpton issued powerful charges to our faith leaders as we transform places of worship into safe havens for our youth.”

The summit was the first step towards pairing schools with places of faith to ensure students have safety nets to keep them safe from danger and deter them from committing crimes.

In addition to being inducted as mentors in the 5000 Role Models of Excellence Project, faith leaders pledged to complete several initiatives. Among the commitments were the identification of male congregants to serve as mentors to boys, the transformation of church parking lots into basketball courts for students, the establishment of a weekly prayer conference call to prepare students for their upcoming school week, and the development of a character education curriculum for Sunday schools or youth ministries.

Faith leaders will also reach out to parents of children living within a one-mile radius of their places of worship to engage parents in the necessity of spirituality as a component to eliminate crime in our communities. The leaders also pledged to host an annual 5000 Role Models Youth and Mentors’ Day at their places of worship on June 4, 2017.

“Addressing gun violence is not a new commitment of Congresswoman Wilson or many of the faith leaders who are present today,” said Reverend Al Sharpton during his keynote address. “But, there is no quick fix. We’re burying too many of our children. So, we have to work together collectively, strongly and more diligently with the forces here today until we can bring a level of self-expectation to these young people.”

The summit concluded with remarks from keynote speaker Congressman James Clyburn, who recognized the faith leaders’ role in developing boys into wholesome men who will make great contributions to our communities.

“We must still find a cure for cancer, cystic fibrosis, multiple sclerosis and other infirmities,” Clyburn said. “I sincerely believe that each of these young people, if given the right experiences, could very well grow to be the person who makes these great discoveries.”

Wilson reiterated her belief of the African proverb that it takes a village to effectively raise children, noting faith leaders are a major component of it.

“These are babies and their futures are being stolen by gun violence,” Wilson said. “It is going to take a village to keep our children safe. Our faith leaders have accepted the charge to engage in this new initiative which will use spirituality as a method to reduce crime in our communities.”

Previous post Remy Ma has no chill: Rapper disses Nicki Minaj again on 'Another One'