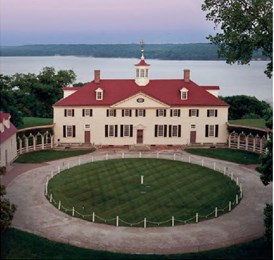 CHARLOTTESVILLE, Va. (AP) – A Monticello tour guide was explaining earlier this summer how enslaved people built, planted and tended a terrace of vegetables at Thomas Jefferson’s estate when a woman interrupted to share her annoyance.

“Why are you talking about that?” she demanded, according to Gary Sandling, vice president of Monticello’s visitor programs and services. “You should be talking about the plants.”

At Monticello, George Washington’s Mount Vernon and other plantations across the South, an effort is underway to deal more honestly with the brutal institution that the Founding Fathers relied on to build their homes and their wealth: slavery.

Four hundred years after the ﬁrst enslaved Africans arrived in the English colony of Virginia, some sites are also connecting that ugly past to modernday racism and inequality.

The changes have begun to draw people long alienated by the sites’ whitewashing of the past and to satisfy what staff call a hunger for real history, as plantations add slavery-focused tours, rebuild cabins and reconstruct the lives of the enslaved with help from their descendants. But some visitors, who remain overwhelmingly white, are pushing back, and the very mention of slavery and its impacts on the United States can bring accusations of playing politics.

“We’re at a very polarized, partisan political moment in our country, and not surprisingly, when we are in those moments, history becomes equally polarized,” Sandling said.

The backlash is reflected in some online reviews of plantations, including McLeod in Charleston, S.C., where one visitor complained earlier this summer that she “didn’t come to hear a lecture on how the white people treated slaves.”

The review sparked shock as it made rounds on the Internet. But stories of guests’ discomfort are familiar to many on the front lines at historical sites steeped in slavery: the tour guides, re-enactors and other staff with an upclose view of how Americans think and talk about a shameful past.

There was a time when visitors “would not have heard the word ‘slave’ in this house,” David Ronka said early on in a 105-minute dive into the lives of the best-known enslaved family at Monticello, the Hemingses.

Visitors might have heard references to “Mr. Jefferson’s people,” said the veteran guide. Or maybe “the souls of his family,” a phrase from the author of the Declaration of Independence who owned more than 600 enslaved people over his lifetime.

Now, Monticello’s guides, called “interpreters,” tell their nearly half-million visitors a year about “enslaved people.” “Slave” is a noun, Ronka said as other tour groups’ footsteps shuffled overhead. “Enslaved” is a condition, he added: a way to talk about people deﬁned by more than their bondage.

“We’ve been waiting, you know, for this story, for this amount of truth about the past,” said Niya Bates, Monticello’s director of African American history.

The truth came gradually, starting in the 1990s with an effort to gather oral histories and a tour on slavery. Last year, Monticello opened a room once home to Sally Hemings amid growing evidence that Jefferson fathered her children. Interpreters talk about what Ronka calls the “central irony” of the nation’s third president, who said he hated slavery, at some points advocating against it, but freed just seven of the hundreds of men and women he owned.

Visitor reviews of Monticello on travel site TripAdvisor are overwhelmingly positive. But the negative comments are increasingly likely to blast the amount of time devoted to slavery, decrying “political correctness” and the bashing of a giant of American history. Two years ago, only a couple of the poor reviews mentioned slavery. This year, almost all of them do.

“For someone like myself, going to Monticello is like an Elvis fan going to Graceland,” one review from July reads. “Then to have the tour guide essentially make constant reference to what a bad person he really was just ruined it for me.”
The Thomas Jefferson Heritage Society is a staunch opponent of Monticello’s decision to tell visitors Jefferson fathered children with Sally Hemings, after years of ﬁerce disagreement over the strength of the evidence. John Works, a Jefferson descendant and president of the society, believes Monticello has overemphasized slavery at the expense of Jefferson’s accomplishments.

“There’s a limit to the appeal, I think, of the slavery message,” he said.

Staff at James Madison’s Virginia estate, Montpelier, get complaints every month that a 10-minute video they show is pushing propaganda. The ﬁlm traces slavery’s effects through history, from Jim Crow and economic inequality to gerrymandering and redlining.

“It is pretty in your face,” acknowledged Price Thomas, Montpelier’s marketing and communications director.

It grew from discussions with descendants of Madison’s slaves as the staff created a permanent exhibit called “The Mere Distinction of Colour,” said Thomas, who joined Montpelier to manage the exhibition’s launch. Their advice: “You can’t talk about slavery as a relic of the past.”

“People do get uncomfortable because those things have been politicized despite the statistical support,” he said.

Some plantations avoid going there. Staff members at Mount Vernon, the home of George Washington and a destination for more than 1 million visitors each year, “haven’t really looked into making connections to modern issues going on,” said Jeremy Ray, director of interpretation. And the issue of backlash rarely comes up at monthly training sessions, he said.

The site charges extra for its Enslaved People of Mount Vernon tour, discussing slavery in its main tour only in passing with the names and duties of seamstresses, valets and cooks.

Some people may see an agenda in just the mention of slavery. One August visitor to Mount Vernon was happy to chat with a Washington Post reporter about his day at the estate – until he learned he would be asked about the site’s approach to the people Washington owned.

“I don’t want to politicize my experience here,” the man, who spoke on the condition of anonymity, said from a sunny bench in Washington’s flower gardens.

Other visitors come with politics on their mind. They think about the culture war over Confederate monuments, the neo-Nazis who marched with torches around Jefferson’s statue at the University of Virginia – 15 minutes down the road from Monticello – during the 2017 Unite the Right rally.

In South Carolina, Shawn Halifax, who trains interpreters and leads programming at McLeod, remembers the jolt of learning that white supremacist Dylann Roof visited the plantation not long before killing nine black people in a Charleston church in 2015.

He also remembers the precise words of the white woman who pulled him aside after a tour about a year ago. She told him that he hated the South, painting the cotton plantation “with a brush that was much too large and far too black.”

Halifax thanked her for her comments, he recalled. He said he disagreed but would think them over. And he has.

McLeod focuses on bondage, talking bluntly about “slave labor camps” and shunning the big white house for the ﬁelds. That means some people’s beliefs are being challenged, Halifax said. Staff members try to gauge frowns and crossed arms and even embrace them as signs of those who could learn the most, if guides can break through.

“That doesn’t mean that we coddle,” he said. “It does mean that we allow people room and space to have an experience and walk away thinking differently.”

‘ONE AND THE SAME’

McLeod is unusual but not alone in teaching primarily about slavery. Whitney Plantation opened in Louisiana in 2014 with a similar mission.

Some visitors warn online that Whitney is a “slavery tour” rather than a real “plantation tour,” said Joy Banner, the site’s marketing director.

“Honestly, ‘plantation’ and ‘slavery’ is one and the same,” she said.

That mind-set has drawn newly diverse crowds. Almost 16 percent of Whitney’s visitors were African American in a survey conducted a few years ago, said Amy Potter, a professor of geography at Georgia Southern University who helped lead the research. Most plantations had white visitor percentages in the high 80s to 90s.

Even at the more traditional plantations studied, Potter said, slavery was visitors’ top interest post-tour, beating out features like the gardens and the lands’original owners. And Whitney’s focus on enslaved lives is attracting more and more people. About 30,000 visited the ﬁrst year, Banner said; 110,000 are projected to come in 2019. Gary Watson grew up in nearby Vacherie, La., where his family members, descended from Haitians forced into slavery, were surrounded by plantations billed as romantic getaways. His grandfather refused to visit any of them.

“His ancestors worked so hard to get off plantations,” Watson said. But he thinks his grandfather would have felt differently about Whitney.

Descendants of the enslaved now work as historians and interpreters at many historical sites.

The jobs can be draining.

Stephen Seals, a black re-enactor at Colonial Williamsburg in Virginia, tries not to be disheartened when, once a week or so, visitors walk away after realizing they’re talking with a man playing a slave. Sometimes they sigh or say, “Not this again.”

It’s worth it, Seals said, to bring humanity to people long denied it. He calls the re-enacting the greatest work of his life.

Many white visitors think talk about slavery is meant to guilt them, Seals said. Others think of his character – James Armistead Lafayette, who won his freedom by spying on the British army – as telling “an African American story” far from their lives.

Previous post For the foodie in you: Agrarian artistry, at the GreenMarket