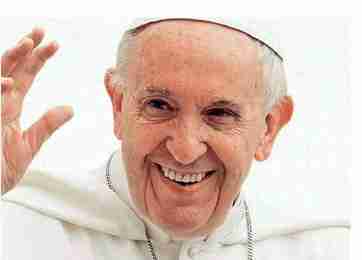 Speaking to pilgrims, tourists and Romans on Sunday, Francis quipped that because it’s a gift, “if someone says you must pay for it, he’s being shrewd” and there’s nothing to pay. Employing a familiar Italian gesture signaling shrewdness, Francis jokingly put a finger under an eye.

Those distributing the 40,000 crucifixes included the pope’s official almsgiver, Polish Cardinal Konrad Krajewski, as well as nuns, refugees and some of Rome’s homeless and poor. Francis treated the 300 volunteers handing out the papal gifts to a sandwich after they were done.

Francis told the crowd that the crucifix is “the sign of God’s love.”

Next post Historical marker to be dedicated to 1868 Baptist church