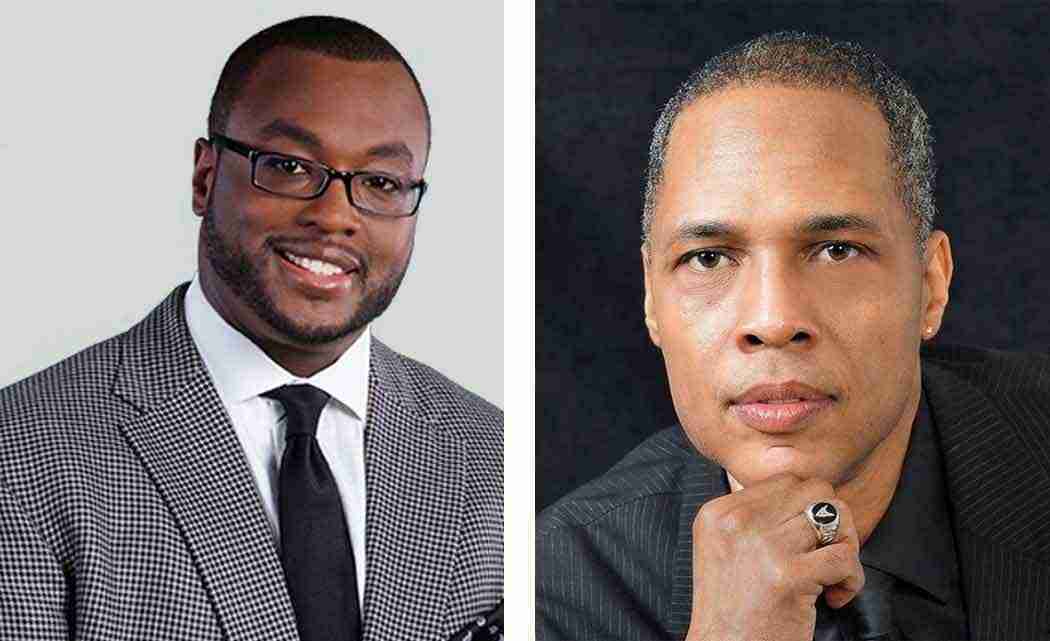 Each is responsible for large African American congregations. Each has a progressive approach to spreading the gospel. And each is a new columnist for the South Florida Times’ Prayerful Living page.

Taylor has two columns under his belt (Wealth is an inside-out job and The Secret to Peace); while Davidson will author his debut column next month.

Pastor Davidson has served as Senior Pastor of New Mount Olive Baptist Church in Fort Lauderdale, Florida since 2010. Prior to that, Davidson was the pastor at Pleasant Grove Missionary Baptist Church in Courtland, Alabama from 1999-2009.

An active member of Kappa Alpha Psi Fraternity, Davidson is also an accomplished singer who was crowned “Alabama People’s Choice 2007 Male Vocalist of the Year.” Davidson released his debut CD in 2007, entitled I’ll Say Yes and recorded When Pastors Meet with other gospel artists in 2009.

Davidson is a graduate of Deshler High School, Tuscumbia, Alabama; and he received his Bachelor of Science in Mechanical Engineering Technology from Alabama Agricultural and Mechanical University in Normal, Alabama. He received his Master of Biblical Studies from Heritage Bible College and a Master of Divinity from Beeson Divinity School at Samford University.

In addition, he has studied at Dallas Theological Seminary in Dallas, Texas; and abroad in Kingston Jamaica at the Caribbean Graduate School of Theology. He received his Doctor of Ministry degree (with an emphasis in Black Church Leadership) from The Southern Baptist Theological Seminary in Louisville, Kentucky, where his doctoral project was “Developing Church Members into Ministry Leaders.”

Along with its founder, the late Rev. Mary Tumpkins, Rev. Charles, as he is called, is a charter member of the Universal Truth Center, a New Thought spiritual community whose mission is “to empower people to develop their potential by awakening their divine nature.” Following Tumpkins’ death in 2013, Taylor served as UTC’s interim pastor. He was selected to the leadership position of senior minister/CEO in October.

At the Miami Gardens based UTC, Taylor has served as a board member, the director of the Fellowship Ministry, as well as a Sunday School teacher and head of the Pastoral Care department.

Taylor is the author of The H.I.P. Factor and he and his wife Shakira, are partners in Charles and Shakira Unlimited, LLC, where they facilitate the Healthy, Inspired, Purposeful (H.I.P.) Movement, “a growing community of like-minded individuals dedicated to creating healthy, purposeful and vision-filled relationships by becoming their best selves and giving others permission to do the same.”

Rev. Charles has taught thousands of people, nationally and internationally, on how to use the new thought ancient wisdom to transform their lives. He creates and leads transformational workshops, courses and lesson series that guide people to self-mastery. Taylor has also counseled hundreds of couples in pre and post marital counseling, supporting them in creating a vision for their relationship utilizing an integral approach.

A reoccurring message found throughout Taylor’s work is “You Are Enough;” a message he is very passionate about sharing with the world.

Taylor obtained a Bachelor of Science degree in Political Science and History from Florida A&M University and coach training from Newfield and Coachville. He is a graduate of the Johnnie Colemon Institute, where he received his religious training. He was ordained by the Universal Foundation for Better Living in November, 1990.