Pressure building on Vatican to give women vote at synod 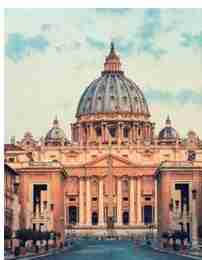 VATICAN CITY (AP) – Pressure is building on the Vatican to give women the right to vote during its big meetings of bishops, with petitions, protests and persuasion all giving religious sisters hope that they will have their votes heard along with their voices.

The issue of women’s participation in the Catholic Church’s decision-making has been one of the major themes of the Oct. 3-28 bishops synod, which is focusing on how the church can better minister to today’s youth. Many young people have told the Vatican they want women to have greater roles in the church.

Sister Sally Hodgdon, the superior general of the Sisters of St. John of Chambery and the No. 2 at the main association of women religious orders worldwide, said Monday she expects women to eventually get the right to vote on the final documents that are approved at future synods.

Currently, only “synod fathers” can vote on the text, which is then sent to the pope to either approve as an official document of the church or take under consideration for a future teaching document of his own.

Hodgdon noted the precedent for expanding voting participation was already set a few years ago when the Vatican allowed a brother – not a priest – to vote in the synod on the family. This year, two lay brothers who are superiors of their orders will vote.

“I am a superior general. I am a sister. And so in theory, logically, you would think I would have the right to vote,” Hodgdon told reporters. “But that point was not addressed prior to the synod beginning.”

She said the issue was being discussed in the synod halls, and she was hopeful.