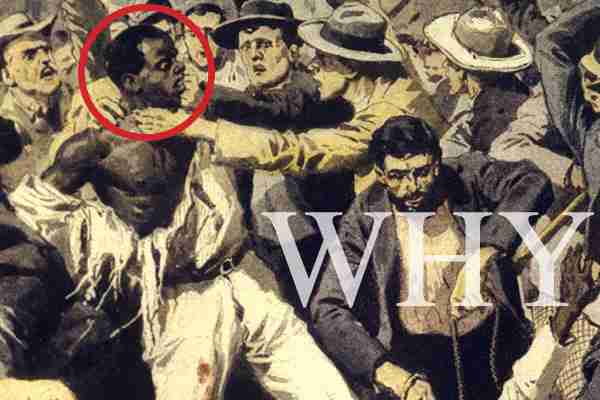 WASHINGTON — The St. Louis suburb of Ferguson, Missouri, was roiled by racial unrest after 18-year-old Michael Brown, who was black, was shot and killed by Darren Wilson, a white police officer, on Aug. 9. The street clashes there mirrored past, larger-scale riots in multiple U.S. cities, most of them triggered by perceived racial injustice, or an incident involving police, in already tense communities.

As calm begins to take hold and Ferguson takes its place alongside past urban riots, here are some details about racial unrest in the United States:

THE ST. LOUIS AREA RIOTED BEFORE

In July 1917, Gov. Frank O. Lowden sent in troops to maintain order after there was an influx of black laborers into St. Louis’ factories while white workers were on strike. Once the troops left on July 2, a group of whites shot at blacks’ homes, and blacks retaliated by killing two white police officers. Over the next 24 hours, 39 blacks and nine whites were killed. More than 300 buildings, including many shanties where blacks lived, were destroyed by white rioters. After a state grand jury investigation, 144 men, including five police officers, were indicted on charges ranging from arson to murder. There were no convictions. The grand jury blamed agitators from both races and officials who allowed slums to be overcrowded.

• On July 27, 1919, while swimming with friends, a black teenager, Eugene Williams, drifted across an unofficial barrier between segregated beaches in Chicago. A group of white youths stoned him and he drowned. Police refused to arrest the white man who witnesses said caused the death. That touched off a week of riots on the city’s South Side that left 15 whites and 23 blacks dead, more than 500 people injured and roughly 1,000 black families homeless due to fires set by rioters.

• On July 11, 1951, thousands of white people congregated outside a Cicero, Illinois, apartment newly rented by black bus driver Harvey Clark and his wife, Johnetta. The crowd, angry that a black family had moved in, pelted the windows with rocks and bricks, then stormed inside, tossed out the Clarks’ belongings and set the building on fire. The violence ended three days later with 118 arrests and $20,000 in property damage. U.S. Attorney General J. Howard McGrath launched a federal investigation. Four Cicero officials and three police officers were indicted on charges of violating Clark’s rights. The apartment building owner and the agent who rented to the Clarks were indicted on charges of inciting a riot. Cicero marked the first time a U.S. riot was broadcast on local television.

• On Aug. 11, 1965, white police officers tried to arrest black motorist Marquette Frye for alleged drunken driving in the Watts section of south central Los Angeles. A scuffle ensued, and Frye, his mother Rena, and stepbrother Ronald were arrested. A crowd that gathered to watch soon swelled, and several young men began hurling rocks at the officers. The riots raged for six days and nights through a 50-square-mile swath of the city. Fires, looting and pitched battles between rioters, police and National Guardsmen left 34 dead, brought 4,000 arrests and destroyed $40 million worth of property.

• In April 1992, one of the nation’s largest bouts of racial violence came behind the acquittal of four Los Angeles police officers who were videotaped beating unarmed Rodney King in April 1992. When that unrest subsided, 53 people had been killed and more than 2,000 had been injured. Property damage was estimated at $1 billion.

• In 2012, the fatal police shooting of two Hispanic men in Anaheim, California, sparked four nights of unrest, with nearly 600 demonstrators hurling rocks and bottles at police, who made dozens of arrests.

Riots broke out in several U.S. cities in the summer of 1967. The deadliest of them flared back-to-back in Newark, New Jersey, and Detroit that July, killing 26 people in Newark and 43 in Detroit. President Lyndon Johnson formed the National Advisory Commission on Civil Disorders, chaired by Illinois Gov. Otto Kerner, to identify causes for the unrest. In its 1968 report, the commission said frustration with racism and lack of economic progress had led blacks to believe they had to resort to violence “as a means of achieving redress,” and famously warned that the U.S. was “moving toward two societies, one black and one white – separate and unequal.”

Roughly a month later, civil rights leader Martin Luther King Jr. was assassinated in Memphis, Tennessee. His death triggered more riots in more than 100 cities nationwide, notably in Washington, D.C., Baltimore, and Chicago. Riots over King’s death were avoided in New York City, where mayor John Lindsay went to Harlem, expressed regret over what happened to King and explained his vision for fighting poverty. Similarly, Robert F. Kennedy delivered a speech about King in Indianapolis that is credited with preventing a riot there.

WHAT DEFUSES OR PREVENTS RACIAL UNREST?

The calming influences in past racial turbulence have been varied. Sometimes it just ended, but sometimes outside forces helped ease tensions.

• The 1965 report of the Governor’s Commission on the Los Angeles Riots suggested that the massive show of law enforcement that flooded the Los Angeles streets was a major contributing factor in calming the unrest. By the end of the riots, 13,900 guardsmen, 934 Los Angeles police officers and 719 officers were dispatched.

Ironically, that report also identified police brutality as an issue in seven other riots in 1964: “The fact that this charge is repeatedly made must not go unnoticed, for there is a real danger that persistent criticism will reduce and perhaps destroy the effectiveness of law enforcement.”

• Following the King assassination, officials in Boston wanted to cancel soul singer James Brown’s scheduled performance at Boston Garden. Mayor Kevin White let the concert go on and had it broadcast free on public television. During the concert, Brown issued a call for calm in the city. His and White’s actions are credited with sparing Boston from the unrest seen elsewhere.

• After Los Angeles exploded in 1992, a central figure in what led to the unrest, Rodney King, stepped out of seclusion to make his now-famous plea for peace. “People, I just want to say, can we all get along?” The riots ebbed soon thereafter.

Next post ADRIAN PETERSON IN COURT FOR CHILD ABUSE CASE