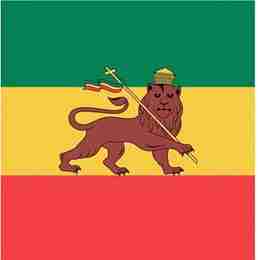 COMMUNITY DAY: The First Rastafari Church and Cultural Center is hosting a mini-festival to mark its opening on June 16.

MIAMI – The First Rastafari Church & Cultural Center of Florida(FRCCC) will host the opening of their location on June 16 from 1 p.m. to 7 p.m. This mini-festival is a family inspired event and will take place at 16280 NW 27th Avenue in Miami Gardens. The event is free and open to the public. The MC for the day is Empress Yvette Marshall, radio personality at WAVS Radio. The FRCCC is a space where people can thrive in the center’s open, collaborative and accessible area.

“The essence of Community is common unity. It takes a village to raise a child,” said Priest Douggie, Head of Cultural Activities for FRCCC. With this in mind, the administration of the FRCCC aims to recreate the village atmosphere in which unity of purpose empowers the black community to challenge the problems that hamper its positive growth.

The Rastafari narrative is more than a religion, it’s a way of life, social movement and mindset. June 16th marks the birthday of the founder of the Rastafarian movement, Jamaican Leonard P. Howell, an anti-colonial figure who joined Marcus Garvey’s Universal Negro Improvement Association (UNIA) in New York.

The organizers have planned a day filled with talks that will tackle issues facing communities as it relates to mental health, depression, and suicide.

The FRCCC is set to showcase different aspects of the Rastafarian heritage and culture based on the wealthy and diverse Rastafarian lifestyle and history.

Scheduled activities for June 16 include a ribbon cutting ceremony followed by a discussion on mental health, depression and suicide by Keven Toliver Lyons, Executive Director of the Susan D. Lyons Foundation. The day will also include an African Storyteller/ Drummers Story hour powered by Story-Teller Baba Aday; and Benton Curry, President of the Florida Division 525 of the UNIA-ACL (Universal Negro Improvement Association and African Communities League) as well as the Director of the New Jerusalem University will give an overview of the UNIA-ACL and its newest division.

Kesha Bowers, a clinical social worker, will speak about Post Traumatic Slavery Disorder and its effects on our community; and Baba Pearson, an elder naturalist and healer will speak on health and wellness. The festivities will culminate with a screening of “First Rasta,” by Helena Lee.