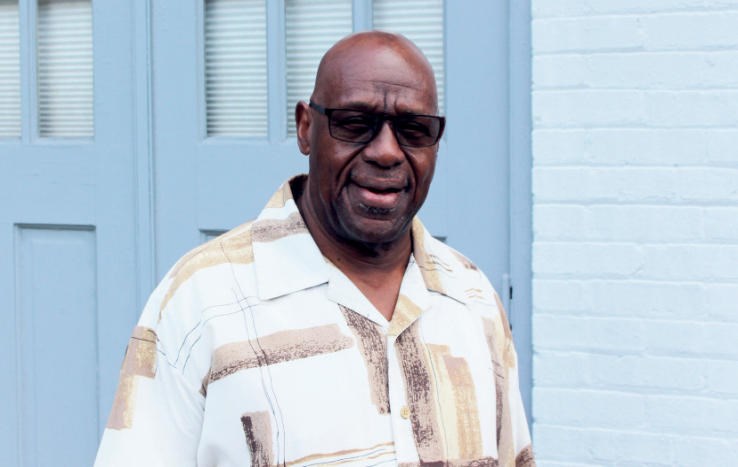 All three worked closely over the years with King in the ﬁght for racial justice and, for decades long after King was assassinated, these leaders still served as a light for that ﬁght, said the Rev. Ron English, who served 21 years as head pastor at the First Baptist Church of Charleston.

English’s ties to the King family are well known in the community. Born in 1944 in Atlanta, English grew up attending Ebenezer Baptist Church, where King’s father served as senior pastor for 44 years. The two families were close, and English delivered a prayer at King’s funeral in April 1968.

Toward the end of his prayer, English called for the community to deepen its commitment to King’s teachings, strictly adhering to nonviolence as the foundation for change.

Now, nearly 53 years later, COVID-19 disproportionately kills Black Americans and, with the mass racial justice protests in the country last summer in response to the killing of George Floyd, English said 2020 has once again created the forum to spur systemic change. But as longtime influential civil rights icons become fewer in number, English said, the country is deeply missing those voices during this time of crisis.

“The leadership that was rooted in the pattern of nonviolence, which was really a way of moving from harm to healing, that kind of direction is void in this moment,” English said.

Crisis will present itself and ﬁnd leaders like King, English said, but today it’s difﬁcult to ﬁnd those people.

“What struck me was their moral compass and moral convictions were a part of how they made a difference – and we don’t have on the national scene, that kind of moral consciousness and leadership,” he said. “That’s a vacuum that hopefully will be ﬁlled.”

One person who could ﬁll the vacuum is Georgia’s newly-elected senator, the Rev. Raphael Warnock. Warnock is the state’s ﬁrst Black senator, and he remains senior pastor at Ebenezer Baptist in Atlanta. The senator said he plans to return home every weekend to continue services.

Warnock presided over the funerals for both of English’s parents. He’s led the historic church since 2005, which today boasts a congregation of more than 6,000 people.

The last time Warnock entered the U.S. Capitol building before he took ofﬁce was in 2017, when he was arrested for praying in the rotunda. He and other religious leaders protested a bill introduced by House Republicans that would have cut a number of social services for the poor.

Warnock holds King’s commitment to persistent nonviolent protest as a way of achieving racial justice, but in 2021, there are hardly any other folks in power who have stepped up to show they share the same beliefs, English said.

After Warnock won his race, English posted a photo to Facebook he took in 2015 of Warnock, Lewis and longtime civil rights leader Julian Bond in a back study room in Ebenezer Baptist. He congratulated his colleague, welcoming him to the famed fellowship of good trouble.

Warnock is just one man ﬁghting for systemic change. To get things done, English said, others in power have to step up too.

DOUBTED WARNOCK WIN “That’s where I think the void is, and I really don’t know where and how that void is going to be ﬁxed,” English said. “We might be dealing with that for a while until the issues become so deep that we see that they cannot just be resolved by legislation.”

English, who recently took over as president of the Charleston NAACP, knows at least where the ﬁght begins.

Community-level organizing and collaboration, with constant communication and planning from groups and individuals within communities, he said, is just the basis for generating change. Just look at how Warnock was elected. “I didn’t think he would win. I really didn’t,” English said about when he ﬁrst heard Warnock was wading into the hotly contested Senate race. And when all eyes turned to Georgia Jan. 6, with control of the Senate on the line, Warnock trounced his opponent by almost 93,000 votes.

Behind Warnock’s victory was a team of Black women organizers who put in the groundwork and turned out the vote statewide. Leading that ﬁght was former gubernatorial candidate Stacey Abrams, who worked tirelessly in the two years after her narrow defeat to flip Georgia blue.

English said Abrams’ commitment to the community pushed Warnock across the line.

“Her genius was really what kind of informed his platform, as well as informed his way of organizing and how that hooked up at the right time for the right cause,” English said. “So I think a lot of the issues that he will address in terms of poverty, social justice and racial inequality will be largely conditioned by how the impact of Stacey Abrams helped bring that victory about.”

English said when he was a young man, he was driving late in the night through Stone Mountain, east of Atlanta, which at the time was heavy Ku Klux Klan territory. Then the blue lights started flashing behind him.

“A trooper stopped without any reason, and when I got out of the car and asked him why he stopped me, he slapped me on the hand with a flashlight, almost broke my ﬁnger and said `N***** I don’t have to have a reason to stop you,’ and then he told me to get in the car,” English said.

When police stopped Black men near Stone Mountain, English said they didn’t always make it to behind bars.

“I was glad when we arrived at the jail because a lot of times Black men who had gotten in the backseat of a trooper’s car were never heard of again,” he said.

Thanks to the work of King, Lewis and other civil rights leaders, this outright criminal racism is less often found. But after schools were ordered to be desegregated in 1954, English said a lot of the country looked away from the systemic racism still plaguing Black communities, especially in the Deep South.

Recalling conversations with King near the end of his life, English said King said on more than one occasion said “that his dream had become a nightmare,” because of the continuing evils of racism, militarism and economic depression.

Despite a renewed spirit and ground-level momentum behind achieving racial justice, English said he last four years if anything have magnified the systemic racism that exists in America today. ` `The good news about what’s happening now is that it’s becoming more evident. It’s becoming more revealed, and you can’t heal what you don’t reveal.”

Like the fire that King and those leaders ignited half a century ago, English said he again sees communities desperate for change. And now it’s now on us to meet the moment like they did.

“There’s a continuing pattern that unfolds in history, that after this kind of explosion, it begins to make a difference in terms of how the healing can take place,” he said, “and unless you know the extent and depth of the harm, you can’t move toward healing.”

Next post Test your knowledge with Black History Trivia Quiz