Smarts that could kill 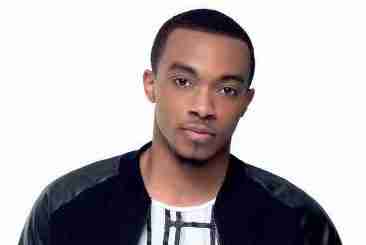 “Don’t be a stumbling block, so puffed up by your own knowledge and salvation, that you cause others to fall.”

Look, I’m a city boy. There’s a lake in Chicago but I’ve rarely swam in it. I was scared of water for most of my life, so before recently, I rarely swam in anything.

All the things you probably know about big bodies of water, I probably didn’t. So when I heard an announcement at a Barbados beach about “red flag” days, I was admittedly a little fascinated.

When there’s a red flag on the beach, that means the water is too dangerous to swim in. Duh, that’s not a big deal. But then the announcement continued. “Even if the waves seem manageable, there are strong undercurrents you will not see that can be dangerous.”

Some of you already have your “church hands” going, sounds like a good sermon intro, but I’m likely thinking something different. I had just read 1 Corinthians 8:9-13 and I, as an artist, an ambassador of the Kingdom, a leader and a Christ Representer, was convicted by the ocean.

I have made decisions, bold ones, some significant and some minor, that I have been quite sure about. I could find validation in the Scriptures and I could probably “wow” someone with the explanation. But I worry that some of those decisions, while intellectually justified, may have had a negative affect on my sphere of influence.

It meant nothing. The idol gods weren’t real, so there was nothing actually special about that food. Other people, possibly newer converts, however, were like “yo, Christians eatin’ that worldly food?!” I’m sure there were arguments over the matter so Bishop Paul came in to help.

Now they had intellectually justified why they should be able to eat food that was sacrificed to idols. The idol god wasn’t real so the religion was worthless so the sacrificed food was really just … food.

However, to a new convert, it was confusing. “First, y’all say we are supposed to be called out, separate and not mess with worldly things, but you got these leaders out here eating that Aphrodite, Zeus meat?!”

Some of those converts probably just shook their heads and said “well, that’s not for me.”

Some may have even understood the intellectuals’ logic. But Paul imagined that several would miss the deep, intellectual undercurrent and be tempted to sin because of the waves on top – because of how it looked.

As a man, ignorant of most things on an ocean, I assumed that the waves told the whole story. I wasn’t privy to this idea that there could be way more movement underneath the surface and my understanding was based on what was visible only.

As a leader – which you are – you must be mindful of how it looks “on top” too! I don’t know where we got this idea that our actions, clothes, tweets and Periscopes can be right even when they look all wrong.

Some of your Christian friends aren’t as deep as you! They don’t know about your undercurrents, your deep logical twists and turns that prove those actions are appropriate. Your waves affect them!

Let your tweets have deep meaning but surface understanding as well so someone doesn’t become angry at God, because of your church hurt.

Let your pictures be carefully chosen so someone isn’t led back into the bars because of your one night of “holy” social drinking. Let your clothes be modest so that a new convert doesn’t equate the “saved and sexy” to the “saved with sex.” That is, if you care about anyone but yourself.

Don’t be a stumbling block, so puffed up by your own knowledge and salvation, that you cause others to fall. You will only get to fully explain your undercurrents to a few, much less than the number of folks that are observing your waves.