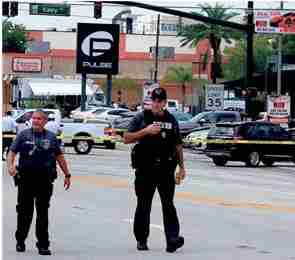 ATLANTA (AP) – A worship service to remember victims of the Orlando night- club shooting is being planned at All Saints’ Episcopal Church in Atlanta.

The Episcopal Diocese of Atlanta announced that the service will be held at 7 p.m. Monday at the church on West Peachtree Street. The diocese says all are welcome at the event, which will be a combined service of All Saints’ and St. Luke’s Episcopal churches. Authorities say Omar Mateen opened fire with an AR-15 rifle at a gay nightclub in Orlando early Sunday before being killed in a shootout with police. The shooting left 49 victims dead and more than 50 others wounded.