The believers’ response to the Parkland Tragedy 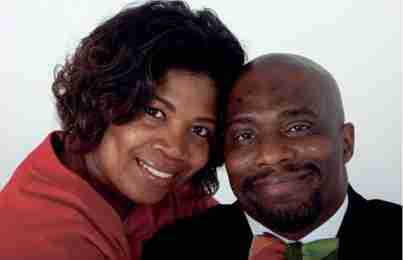 Parents are still burying children instead of children burying parents. Yet, instead of these deaths occurring on foreign battlegrounds, today’s casualties come from carnage in the classroom, as automatic assault weapons bring war into the schoolhouse. Helpless parents bid final farewells to teens slaughtered in the hallways. Teachers have lost their lives in the fray of the 18 reported recent school shootings in 2018 so far.

Post-Parkland, we have lamented and entered into a grieving process filled with anger, tears, disappointment and pain. Grief is the adjustment of living with a loss. We never get over it. We adjust to it. But as we adjust to the losses, then what? Do we continue to be angry? Do we isolate ourselves from life as we once knew it? Do we act as if nothing has happened? Do we become so jaded that we feel everyone is a threat? Do we look at everyone suspiciously? Do we build bunkers and walls and arm educators with guns?

We are a community that is bound together by shared needs. If it’s Parkland today, it could be Pembroke Park tomorrow. Or it’s Miramar next week and Margate next month. We have to remind ourselves that we have a common vulnerability, and what unites us is far more than what divides us.

But what are we to do? Believers must tell the truth: There is evil in the world.

Believers must speak truth to power: No one needs nor should be entitled to an AR15 with 48 bullets in a magazine—or any other assault rifle, for that matter—to hunt.

Believers must stand for the truth: No political, financial, cultural, social or any other interest should outweigh the worth and dignity of human life.

Believers must live into the truth: We will not be overcome by evil, but we will overcome evil with good (Rom. 12:21, ESV).

And we will vote our convictions. Because believers know the words and witness of our faith demand that we protect the innocent.

And, as we have seen young people themselves launch a movement against gun violence, too, we must mobilize and take action.

A tragedy has occurred, and as believers we must show the world an upside-down approach. That approach is rooted in the Kingdom of God, an alternative way of living, thinking and being. A way that extends grace even when it’s not extended to you. A way that seeks not to divide people into groups based on labels but goes out of its way to love everyone, no strings attached, no loopholes and no out-clauses.

“What’s Going On” became an instant hit, an urban anthem of protest and resistance. As Marvin once said of it, “To be truly righteous, you offer love with a pure heart, without regard for what you’ll get in return. I had myself in that frame of mind. People were confused and needed reassurance. God was offering that reassurance through his music.

Post-Parkland, people are scared, angry, fed up. Believers must live out the truth and be instruments of God’s love. You can reach us @theit.org Twitter, Instagram & Facebook The Immanuel Temple I was privileged to be the instrument.”