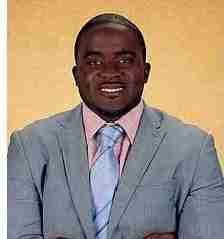 Diamonds are one of the most sought after gems in the world. For centuries man has marveled at their beauty, showcasing their brilliance and varying cuts and shapes by adorning various parts of our bodies with them. Some have even gone as far as putting the precious stones on their teeth.

Due to diamonds’ breathtaking beauty, we as humans tend to be hypnotized by how exquisite they are. We forget that the stones we adore are not without flaws in their original form. See in their natural form, diamonds are not at all pleasing to the eye. In fact, without an astute investigation, one may discard them as common rocks.

Yet by applying extreme temperatures and seemingly unyielding pressure, diamonds are created and provided to the world out of the depths of Africa. In order for them to reach their exquisite state, they must undergo several stages of refinement, a process that includes mining, sorting, cutting and grading before they are ready to be showcased and presented to those who will treasure them.

In like manner, we often look at those we admire who are successful with envy and admiration. We covet their lifestyle, family, career, and even spiritual maturity, but we don’t think about the process they had to endure to get where they are today.

Our culture has become such a microwave society that we want what we want when we want it. We want the success, the respect and all the money the world has to offer without working for it. Ultimately we want the benefits, but not the process.

The Bible highlights a process, a life journey, I believe we can all learn from.

The book of Genesis sheds light on a man by the name of Zaphenath-Paneah who is the pure definition of not judging a book by some of its chapters. He is one whose life displays the benefit of undergoing a process.

Does the name Zaphenath-Paneah sound familiar?

Maybe not because there are many who know his story that never paid attention to his journey, nor his name change. Zaphenath- Paneah is the Egyptian name for Joseph, the son of Jacob.

Before becoming the most powerful man in Egypt next to Pharaoh himself, Joseph underwent a process that would have caused many of us to have given up and cursed God. Joseph went from being a beloved son and a brother to a slave. His brothers sold him out of jealousy and envy, and he ended up being a slave in Potiphar’s house.

Due to his skill set, he grew to a prominent position within the house, becoming the head slave commanding the others. Surely the favor of God was upon him. However, his rule within the house was short lived as he was falsely accused of adultery by Potiphar’s wife and sent to prison.

You may ask where God was in all of this. Did He not see what was happening? Why did God not intervene? Joseph finds himself in prison interpreting dreams for fellow inmates and as time passed he likely sat in his cell wondering where it all went wrong. God gave him visions of greatness, of power, of liberation, yet there he was in a prison cell. But one day the Pharaoh came knocking and most of us have heard how the story ends (Joseph finds favor with Pharoah and becomes the second most powerful man in Egypt and saves his family, from which came the entire nation of Israel).

You may be reading this article and feeling like Joseph. You feel abandoned, forgotten, persecuted and beaten down by the process of life. You feel like that uncultivated diamond that can easily be mistaken for a worthless rock. But in the midst of Joseph’s process, he remained faithful and did not give up. He allowed it to mold him because God was preparing him for greatness so he could make life-changing impact.

If it was not for Joseph’s process, he would not have known how to rule a nation, how to prepare for a famine and how to respond to his family in need. In the same way, I am encouraging you to fight the good fight, remain faithful in Jesus and trust the process.

Without the process there is no transformation.

Without the process, there is no growth and without the process there is no testimony of the faithfulness of our Lord and Savior Jesus Christ. So as you contemplate your own process and you ask God the critical question that often arises from desperation – “Why God?” – think of what Paul said to the Romans.

“3 We can rejoice, too, when we run into problems and trials, for we know that they help us develop endurance. 4 And endurance develops strength of character, and character strengthens our confident hope of salvation. 5 And this hope will not lead to disappointment. For we know how dearly God loves us, because he has given us the Holy Spirit to fill our hearts with his love.” (Romans 5:3-5 NLT) If you keep this in mind, you will always remember that no matter how bad things look, in God’s eyes you are more exquisite than diamonds.