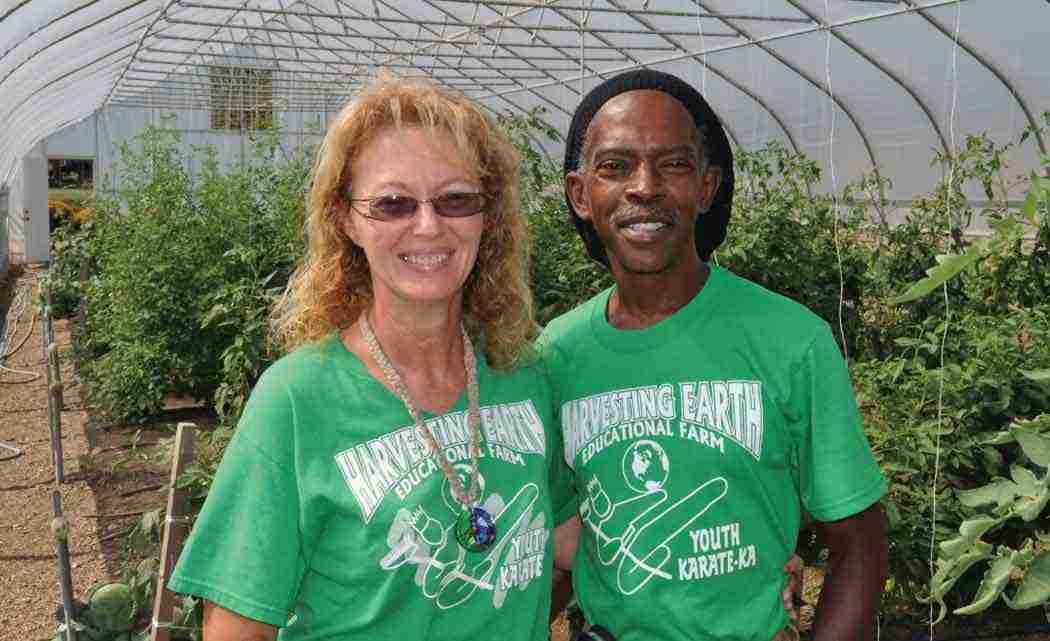 By SARAH SCHUCH
The Flint Journal

BEECHER, Mich. (AP) — When urban farmer Jacky King gets an idea, he makes it happen.

Back in September, the businessman who owns Harvesting Earth Educational Farm with his wife decided he wanted to open an organic market in Beecher.

And soon, King’s vision will start to come true.

Though a fundraising campaign wasn’t as successful as he hoped, King was able to purchase a building conveniently located next to the Harvesting Earth farm.

He hopes to repurpose the vacant building while at the same time fulfilling a need for fresh produce in the community.

“It was an offer we couldn’t refuse. We just thought it was the proper place for it,” King told The Flint Journal. “It was unbelievable.”

The hope for the Harvesting Earth Organic Market is to bring more produce options to Beecher residents, while still keeping an element of education in the mix, King said.

The inside of the more-than-4,000-square-foot building still needs a lot of work. The roof needs to repaired, the inside needs to be gutted and painting needs to be done. King hopes to add more windows to bring in more light and paint a mural on the outside of one of the brick walls.

King purchased the building for about $3,000 and the roughly $2,500 that was raised will be used toward repairs and maintenance. The Kings are still looking for donations and volunteers to help make the dream a reality even sooner.

However, King plans to have outdoor vendors and activities taking place within the next few weeks. Before then, those walking or driving by will see a visible difference as a new paint job and landscaping come to the facility.

King hopes to have the inside open by next spring.

“We still have a lot of polishing to do, but we are up for the task,” he said.

Beecher isn’t even legally a city or a town, though it has its own school district and its own identity. The district is nestled between Flint and Mount Morris with its own school and water/sewer systems, and has a population of roughly 10,000 people.

The market is a small part of King’s vision to bring more food options to Beecher while showing others that urban farming is possible and can be sustainable in urban communities like Beecher.

King started Harvesting Earth eight years ago in vacant lots on Princeton Avenue. He now has multiple properties next to each other with three hoop houses growing produce, like tomatoes, kale, peppers and strawberries.

In 2013, it became the first urban farm in Genesee County to be certified organic.

In 2012, the King and his wife, Dora, brought a fruit tree orchard to just a few blocks away from Harvesting Earth.

The organic market is something King has talked about for a while, but the big push came when a nearby Kroger closed last summer and Great Giant Market closed last fall just down the street from the farm.

However, a few months ago Great Giant Market re-opened.

We are just trying to cut some of this food desert out.

“Three green houses and then the building. That was a big prayer answered for us. We’ll be patient because we know that the market is going to be something special,” King said. “We are just trying to cut some of this food desert out.”

State Rep. Phil Phelps, D-Flushing, has been a big supporter of King’s idea since the beginning, and has been pushing fundraising and support for the project.

The market really brings a boost to the community, Phelps said, who helped King chop up overgrown trees on the property.

This project will clean up a blighted building, improve the look of that corner and bring something positive to the Beecher area, Phelps said, even if it’s moving a little slower than they originally hoped.

“Everything is taking its time, but one thing leads to another. One good thing opens up another,” Phelps said. “Having that option to get that food, that’s really big. There’s not a lot of options in some communities.”

King has been inspirational in this process, Phelps said.

His drive and determination have kept others driven and motivated, he said. And he’s hoping the beautification will spark other businesses to follow his lead.

“This is a unique project and hopefully can serve as a model in other communities,” Phelps said.

In the future, King would like an option to deliver produce to those who can’t make it to the market.

The outside will have vendors, a green house, tables and chairs and activities. It will get a bright, fresh coat of paint to make it stick out.

Residents who live close to the farm and the new market are happy to see more improvements come to the area.

James Bonner, 66, lives across from the farm and Equan Bedenfield, 57, lives a few houses down from him, and both say the residents take pride in the area and the market will be a great addition.

Bedenfield has lived in her home for more than 15 years and she’s watched the building transition through different stores over the years and is happy to see the building occupied.

“I think it’s a wonderful thing that something good is happening with that building. We care about this neighborhood,”’ she said, adding that it’s helpful to many people. “A lot of people walk around. This will be right at home.”

Mike Besser, president of the Greater Beecher Business District Association, said he hopes to see the area continue to grow. Every vacant building renovated is a step in the right direction, he said.

Fixing up the building and offering something that needed in the area is a bonus, said Besser, who owns Roma Pizzeria and Restaurant.

“Anytime we can turn vacant, dirty lots into food producing lots is nice for the community as a whole,” he said. “That’s what we are trying to do is create a better environment for businesses right here on North Saginaw Street.”

Next post No Don Lemon! That word does not offend me