We must truly seek God and pray for our country 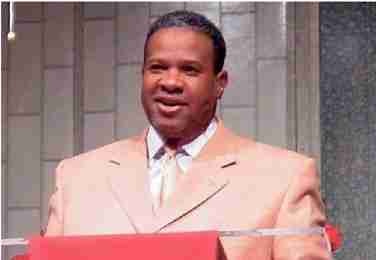 Early Sunday morning I was preparing as usual to make certain I hear clearly what The Lord desires me to communicate to His people. I have over the past several months been calling this election, the year of the quintessential seconds and the questionable firsts. Mike Pence and Tim Kaine seemed to be the perfect running mates for candidates who struggled, fighting for popularity in the hearts of Americans.

It is now the Sunday after the election when I am writing about what has proven to be one of the most shocking election results in American politics. The pundits’ predictions were all wrong and it has been the noisiest – and at the same time quietest (if that is possible) – weeks in politics that I have ever witnessed. The protesters in the streets have buzzed with concern, but the news reporters who were critically biased have now chosen to quietly take the middle road that says, “This is unbelievable, but let’s wait and see what’s next. Maybe he isn’t so bad after all.”

There is an undercurrent of racism that has been brewing for eight years that wants to surface, but is unsure whether it will be embraced. African-American pastors are gathering on calls to craft a response to the election. The homosexual community as well as illegal citizens are fearful that the protection they had received from the previous administration will be removed.

I think we forgot the same tension was in the atmosphere when President Obama took office. What would this African-American President do to “our” country? Would he bring retribution to all the atrocities done to his people? Would he govern with respect for all? Would change really take place? What would those changes be? The answer is the same as it was then. We must wait and see. While we wait, our response as the church is unchanged. Prayer and a prophetic voice is still our responsibility, which many abdicated during the previous administration because we fell in love with the color of our leader’s skin and refused to question the content of his character on decisions that conflicted with biblical standards.

What if God was in this election, calling America’s “moral conscience” (the African-American Church), back to its knees, back to church, back to character- based leadership and back to unity in diversity. What if He saw us becoming morally and socially dependent upon one political party that lured us in and lulled us to sleep in a systematic bondage that we could not see?

Sometimes, God chooses Kings for us that He allows to rule because He is “Jealous” for us. He is fighting for our love. The question is, can we hear Him, or are we still making so much noise in our disbelief and frustration about who we chose to be

King (Queen) of our nation that we are not quietly reflecting to ask Him what’s next. Our fleshly reactions will not work in this season.

Obama had by whites, how are we any better than those who vilified him by their comments, character assassinations, caricatures and gridlock politics because of color difference (as opposed to policy)? This is a call to put down your personal feelings about party politics and pick up your minds and hearts for your country as a whole. It is a call to awaken our spiritual conscience and pick up weapons of spiritual warfare, to fight against pride, racism, dissension, poverty, miseducation and unemployment. It’s a call to fight the unapologetic immorality that quietly, but unequivocally threatens the foundation of our nation. This is really time to seek the face of God and demand:
(1) of ourselves that we not let our country implode; and

(2) of our leaders that we be protected from outside evil in the world that seeks our destruction.

It is a time of repairing our name around the world and also making it respected highly again at the same time. It is a time to restore the name we were founded on as our King and unashamedly declare Him everywhere, without tolerance of any perversion of His intention, that all men were made of one blood (His) and created equal. This is the avenue to making America great “again” and for good.

Next post For some churchgoers,Black Friday becomes Bless Friday