With science and faith is there common ground? 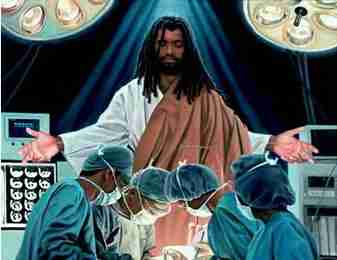 Dr. Randy Dockens challenges readers to explore the intersection of science and faith in new trilogy.

PHILADELPHIA – Can a scientist offer insight into faith? Some Christians view science with suspicion and fear, but pharmaceutical scientist Dr. Randy Dockens believes science can help us better understand God.

As they delve into the microcosms of the tiniest particles, as well as the enormity of space, scientists do see the world a little differently than the rest of us. Yet in that complexity of study, many scientists see the hand of a creator and do not find the same dichotomy between science and faith that others do.

Holding both a PhD in pharmaceutics and a second in Biblical studies, Dockens is uniquely qualified to challenge people to consider both the science-faith tension and also the question of whether there is a Creator, and if so, what are we going to do in response?

He tackles this creatively in his forthcoming book, “T-H-B: Book One Of The Coded Message Trilogy,” releasing September 1.

Starting in the late 20th century, the series takes readers to a seemingly peaceful future world, but one that has abolished faith in anything outside of man.

Book One takes us to 2089 when an astrophysicist who is preparing for a Mars mission discovers life isn’t as it appears, and risks everything to seek truth, even though living in a world that knows nothing of its Creator.

His accidental discovery of a world secret plunges him and his friends into a covert adventure of discovery and intrigue. The fast-paced story, with appealing characters and even a bit of romance, moves from Houston to Paris and Hong Kong as the mystery unfolds.

“As a writer, in this trilogy I’m exploring what the world might be if mankind decided to try to create a one-world utopia,” Dockens explains. “But it doesn’t work so well.”

“The reader, along with the characters, begins to grapple with the question of who God is and then the question, ‘What are you going to do in response to that?’ and ‘How do you integrate that truth into your life?”

“And I think that’s the same decision everyone needs to make,” he concluded.

In his professional life, Dockens is a leader in research for a major American pharmaceutical company and has worked internationally with colleagues on drug research.

He holds a PhD in pharmaceutics from Auburn University and a second doctorate in Biblical prophecy from Louisiana Baptist University. He and his family live in Bucks County, Pennsylvania, in the greater Philadelphia area.

The additional two books in the series are slated to be released in the summer and fall of 2018 respectively.

Next post Clergy march in Washington against white supremacy