Woman finds her mother after 50 years 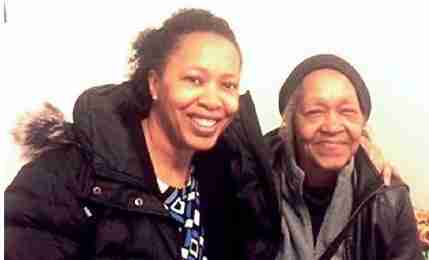 Grace LaJoy Henderson and her mother, whom she located after 50 years

Kansas City, MO — Grace LaJoy Henderson personifies persistence. Additionally, her story is one of faith, hope and determination. Henderson recently announced that she reunited with her mother after half a century.

She said, “50 years ago, my mother left me and my siblings with our father and I was only two at that time, and after that I spent some time in foster care. Life moved on and even after I became a mother, I continued my search for my mom. When I knew she would be in her 80’s, I became discouraged and pretty much gave up hope of ever finding her alive. But, I decided to search for my mother one last time.”

Last month, she was finally able to find her mother.

“In 2009, I shared my foster care story in a book entitled A Gifted Child in Foster Care: A Story of Resilience and I wrote this story under the impression that I would never, ever see my mother again.” Henderson said it was a glimmer of hope that caused her to search one last time.

Next post Pressure, tempers up in push for Kansas school aid increase