President Trump has no respect for people of African descent 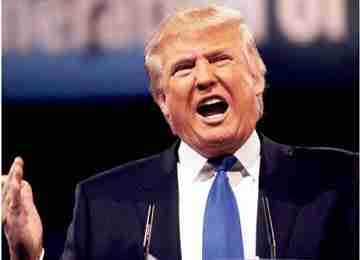 UNAPOLOGETIC: Some are demanding an apology from President Trump for his vile remarks about Haiti and other African nations. 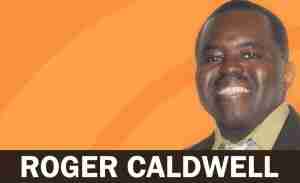 The UN General Assembly proclaimed 2015-2024 as the International Decade for People of African Descent citing the need to strengthen national, regional and international cooperation in relation to the full enjoyment of economic, social, cultural, civil and political rights by people of African descent, and their full and equal participation in all aspects of society.

Black people in America and around the world are fighting the same disrespectful battle, and it starts with the color of their skin. Blacks are relegated to an inferior status in whatever country they reside, and many times they are thought of as not being human.

Last week, Trump made a racist statement about Haitians and African countries by asking the question, “Why are we having all these people from sh**hole countries come here?” He is tired of Haitians and African immigrants being allowed into America, and this sentiment is nothing new to other segments of America. Early in 2017, Trump stated that African immigrants should go back to their “huts.”

There are many people in America and around the world, who are extremely upset and disturbed by these comments, but what should they do? They are not going to change the way some Americans think.

The very next day, Trump signed a proclamation supporting Martin Luther King, Jr’s birthday, and at the event, there were numerous African Americans smiling and shaking the president’s hand. No one appeared to be angry, and only one reporter asked Trump if he was racist, and he refused to answer.

When President Trump feels he has the audacity to disrespect all 55 nations on the continent, and Haiti, it is time for all African Americans and all Africans of African Descent to speak with one voice.

The African Union representing all 55 nations and Haiti has demanded that Donald Trump apologize, but does this really matter?

The reason Trump believes that he can disrespect people of African Descent, and make derogatory statements about their countries is because we are begging everyday for crumbs from America. The majority of white people in America, and around the world agrees with Trump, and believes black people are at the bottom of the human chain line.

As long as people of African Descent in Africa and around the world refuse to accept they are Africans, whites will continue to push us to the bottom of the human chain line. When white countries can come into a continent and take and steal their resources, when will the inhabitants fight for their land? Not only did these countries take the land and steal the resources, they ruled the African countries as subjects to their governments.

The African Union and Haiti can ask for an apology, and African Americans can get upset, but nothing will really happen. But when Africans and people of African Descent stop fighting amongst each other, and work together, we will move from the bottom to the top of the human chain line.

The sooner people of African Descent understand we are an African people, the sooner we will be respected for our greatness.

Next post We stand to take our country back