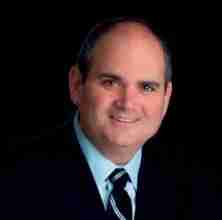 Every day, scientists get closer to a COVID-19 vaccine. A handful of biopharmaceutical ﬁrms hope to make one available by year’s end.

Unfortunately, a new executive order from the Trump administration could slow their progress.

The order would implement a "most favored nation" policy on drug pricing. In plain English, that means the federal government would set Medicare drug reimbursements equal to the lowest price offered in other developed countries.

This is a dangerous idea under any circumstances, but it’s particularly troubling now. The order would reduce patients’ access to medicines and discourage research into COVID-19 treatments and other cutting-edge therapies. Let’s hope the president reconsiders.

According to President Trump, the most favored nation policy would cap the amount the U.S. government reimburses for certain Medicare treatments at the lowest price paid by a member of the OECD with a "comparable percapita GDP." Right now, those nations pay up to 70 percent less for the exact same drugs that Americans take.

This disparity exists for a reason. Many of those OECD nations have centralized, government-run healthcare systems that set artiﬁcially low prices for medications.

The administration’s order would import those price controls to the United States. That would deliver cheaper medicines – but it’d also cause severe consequences.

Pharmaceutical innovation is an extraordinarily expensive and time-consuming process. On average, it takes more than a decade and over $2.5 billion to bring a new drug to market. In part, that’s because most experimental medications ultimately fail during clinical trials. Less than 12 percent of experimental drugs ultimately receive approval from the FDA.

Research companies rely on revenue from a handful of successful drugs to offset their many expensive failures. And since price-controlled markets hardly provide the sales needed, it’s the United States that drives global research and development. Today, U.S. researchers invent roughly 60 percent of all new therapies – including those for cancer, heart disease, Alzheimer’s, and now COVID-19.

As a career-long advocate for patients – speciﬁcally those battling colon cancer – I’ve witnessed ﬁrsthand just how important medical innovation is. In the last 50 years, death rates from colorectal cancer have plummeted 54 percent, largely because of breakthroughs in therapies.

If our leaders deprive biopharmaceutical ﬁrms of their ability to recoup their investments, investors won’t be willing to risk enormous sums to develop such breakthroughs. R&D spending will plummet and, with it, the chances of producing an arsenal of effective treatments for COVID-19 and other diseases.

Price controls don’t merely stifle the development of future medical breakthroughs. They also have immediate effects on the availability of existing medications.

Americans currently enjoy largely unfettered access to new prescriptions. Between 2011 and 2018, 88 percent of all newly launched medications were available in the United States.

That’s hardly the case in other countries. Drug manufacturers often can’t afford to sell their medicines at the below-market prices offered by government health agencies. So, patients ﬁnd fewer medicines on the pharmacy shelves. Just 50 percent of newly launched medications were available in France between 2011 and 2018. Meanwhile in Canada and Australia, patients had access to less than half of all new treatments.

In just seven months, America’s researchers have developed multiple promising vaccine candidates. Why now, with a vaccine so close at hand, would the Trump administration decide to take us backwards?

Andrew Spiegel is the executive director of the Global Colon Cancer Association and Chair of the World Patients Alliance.

This piece originally ran in the International Business Times.

Next post Make no mistake, it will be whites who will decide the election