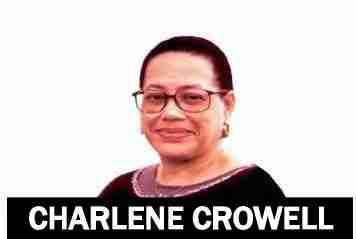 While economists contend that the economic recession is over, the reality for much of Black America is starkly different. Racial disparities in unemployment and under-employment persist. And home-ownership, a key measure of economic health for consumers and communities alike continues its downward decline even now.

According to the U.S. Census Bureau, during the last few months of 2015, 41.9 percent of black households owned a home, compared to 72.2 percent of whites and 63.8 percent of all households across the country.

Many consumers and real estate professionals agree that redlining remains a serious problem. Despite federal and state laws guaranteeing fair housing and credit laws, majority black areas often do not have adequate access to credit.

Even worse, at a time when private mortgage interest rates have remained consistently low, very few black borrowers have been able to benefit from these loans. The private market’s least costly convention mortgages have become out-of-reach for communities of color. In 2014, only 2.6 percent of owner-occupied conventional home purchases – approximately 45,500 nationwide – were made to black borrowers. Other Census Bureau data show there are 9.9 million black households, where 1.8 million people ages 25 and older hold a graduate degree.

Were it not for the array of government- backed mortgages – VA, FHA and USDA loans, home-ownership rates for people of color would be even lower. In 2014, 68 percent of loans made to help black borrowers purchase homes were backed by these federal programs.

In response to these disturbing findings, a five-year plan to add two million more black homeowners has been launched by the National Association of Real Estate Brokers (NAREB). Founded in 1947 from a need to secure the right to equal housing opportunities regardless of race, creed or color, NAREB’s mission remains vital today.

“NAREB has taken the initiative to be in the vanguard to rebuild wealth in the black community,” said Ron Cooper, NAREB’s president. “We are prepared to use every tool at our disposal … advocacy in the halls of Congress … expanding our army of informed and committed real estate professionals … engaging the active participation of informed organizational collaborators and lending partners …vigilance to the need to build and rebuild economic wealth through home-ownership for Black Americans, regardless of the ‘issue of the day’”.

Those in attendance learned more about home-ownership disparities in their own city, as well as the value and benefits of homeowner ship as a wealth-building tool. Each forum included housing counselors, legal and title experts, financial partners and other speakers that together explained what it takes to buy and own a home.

A second series of forums in four more cities is now being planned for 2017.

Progress towards the goal of two million more homeowners will be measured through a database management system that will track and capture sales activities across the country. Both NAREB members and participating lenders will have access to the system. Its data will augment findings from the annual Home Mortgage Disclosure Act (HMDA) report that tracks mortgage lending by race.