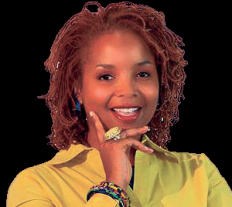 We have come over a way that with tears has been watered;

We have come, treading our path through the blood of the slaughtered.

These lyrics appear in the second stanza of the poem-turned-song “Lift Ev’ry Voice and Sing,” written by famedFloridian James Weldon Johnson. Florida Memorial University has a unique connection to the song; J. Rosamond Johnson was a member of the faculty at the Florida Baptist Academy in Jacksonville, one of our legacy institutions, in 1899 when he composed the music to accompany his brother’s poem. Now enshrined as the “Black National Anthem,” I am always amazed at how well the song beautifully captures so many of the core elements of the Black experience. The lyrics acknowledge tragedy and pain, but also points to resilience in the face of oppression and hope for the future. Over 120 years later, this song still rings true.

I am reminded of these lyrics after traveling to the Orange County Regional History Center in downtown Orlando to view the exhibition “Yesterday, This Was Home: The Ocoee Massacre of 1920.” This relatively compact show explores the tragic destruction of a Black community over a century ago. The violence stemmed from a reoccurring source of friction in US history: attempts by Black people to assert their voting rights. Whites throughout the South were anxious over the voting power of Black women, recently enfranchised by the Nineteenth Amendment. In Florida, the Ku Klux Klan amped up their efforts at intimidation from Jacksonville to Miami, threatening death to Black people who dared to vote that November. Undeterred, Mose Norman, a Black community leader in Ocoee, attempted to exercise his rights. His persistence in his efforts sparked the violence that resulted in the destruction of life and property over the next several days. His friend, July Perry, would be lynched during the onslaught. While authorities could only ofﬁcially conﬁrm six deaths, the Black population of Ocoee dropped from nearly 500 in 1920 to 2 in 1926. The value of the property lost or abandoned by Blacks today values over $10 million.

To place this violence in context, “Yesterday” includes an interactive map of lynchings that took place in the South, allowing visitors to drill down to every county and every individual incident recorded by Monroe Work and the Tuskegee Institute. It also includes a proﬁle of the Rosewood Massacre, and the assassination of Harry T. and Harriette V. Moore in 1951 by the KKK with a bomb placed under their home in Mims, Florida. Moore, a native of Suwannee County and an alumnus of Florida Memorial College, was perhaps one of the greatest civil rights leaders in Florida’s history. In addition to serving as the ﬁrst president of the Florida State Conference of the National Association for the Advancement of Colored People (NAACP), through the Progressive Voters’ League he is credited with registering over 110,000 Black voters in Florida between 1944 and the time of his tragic murder.

Reminders of the martyrs in the struggle for Black advancement continue this month with the HBO release of “Judas and the Black Messiah,” dramatizing William O’Neal’s betrayal of Fred Hampton, leader of the Illinois chapter of the Black Panther Party. The information provided by O’Neal fueled the conspiracy between the Chicago Police Department and the Federal Bureau of Investigations, leading to Hampton’s assassination in December 1969.

The stories of these martyrs – Perry, Moore, Hampton, and all the other names, known and unknown – are a critical part of the American story. While the murders of George Floyd, Breonna Taylor, and Ahmaud Arbery crystalized the contemporary crisis of anti-Black violence, we must recognize that these are just some of the latest manifestations of a very lengthy and deadly pattern. If we are to understand the persistent attack on Black voting rights, we must understand the story of Ocoee. Most importantly, if we are to create impactful policies to end state-sponsored violence and to protect voting rights for all, it is incumbent on all of us to understand this bloody history and the systemic roots of these issues.