Renewables alone can’t save the planet 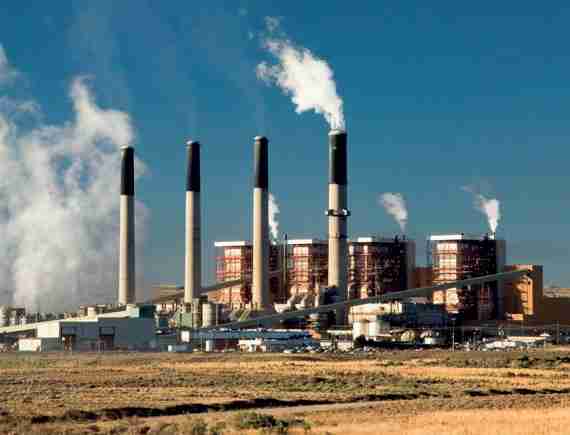 Coalville wants to ditch fossil fuels. The Utah city has pledged to draw its electricity from 100 percent renewable sources by 2030. From California to New Hampshire, dozens of cities have set similar goals.

But these cities can’t produce and store enough wind and solar power to run solely on renewables. As a result, their ambitious environmental policies could soon leave them powerless. Fortunately, these cities can rely on natural gas to supplement renewables while still reducing emissions.

Renewable energy sources are frequently unreliable. Solar and windpowered grids can’t generate electricity on still, cloudy days. A city, state, or country that relies on renewables alone needs to store enough energy to power its grid when wind turbines and solar panels fail. Most cities can’t manage that. The country would need 900 times its current energy storage capacity to rely entirely on renewables, according to energy consultancy Wood Mackenzie.

Several states have already struggled with the shift to renewables. For instance, wind farms account for nearly a quarter of Texas’ electricity generation capacity. But during a recent heat wave, slow breezes caused the state’s wind power generation to plummet. As temperatures in Dallas rose to over 100 degrees, fear of a power shortage sent energy prices through the roof. The average wholesale price for electricity hit over $6,500 per megawatt-hour, an increase of 36,000 percent.

California has had similar problems with wind power. One scorching day in July 2018, electricity demand peaked at 5:00 PM and remained high through the night, but wind and solar production had peaked hours earlier, as Robert Bryce explained in the Orange Country Register. More than 30,000 Angelinos went several hours without electricity as temperatures reached 108 degrees.

Cities can avoid nightmare scenarios like these by employing natural gas alongside renewables. Compared to wind and solar power, natural gas has a much more reliable supply and can more easily be produced in a pinch. As a result, natural gas would help cities avoid an energy crisis when their renewable energy sources failed.

Contrary to what environmentalists claim, relying on natural gas helps the environment. The advent of "fracking" has made cheap natural gas more widely available. This abundance of affordable gas has enabled the American energy sector to move away from coal, a relatively dirty energy source. Compared to natural gas, coal generates twice as much carbon dioxide. In 2018, natural gas accounted for 35 percent of all U.S. electricity generation — up from 17 percent in 2001. Meanwhile, in 2018 U.S. coal consumption hit a nearly 40-year low.

Natural gas helped bring U.S. energy-related emissions to their lowest level in 30 years. The United States emits 14 percent less carbon dioxide than it did in 2000, according to the International Energy Agency. U.S. emissions would have been 15 percent higher last year if natural gas hadn’t displaced coal, according to the IEA.

Drew Johnson is a columnist and energy policy expert who serves as a senior fellow at the National Center for Public Policy Research.