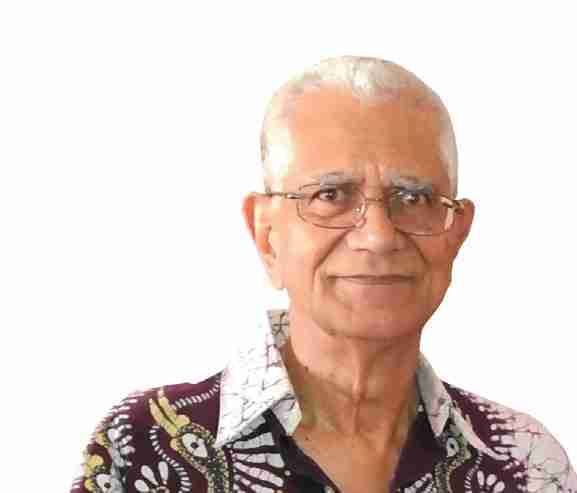 Poverty in the United States has been so pervasive that some adjunct professors, facing homelessness because of low pay, resorted to sleeping in their cars or doing sex work, The Guardian once reported.

A quarter of part-time college academics were said to be enrolled in public assistance programs such as Medicaid. “They resort to food banks and Goodwill and there is even an adjuncts’ cookbook that shows how to turn items like beef scraps, chicken bones and orange peel into meals. And then there are those who are either on the streets or teetering on the edge of losing stable housing,” The Guardian said.

Also, some teenagers in low-income communities trade sex work for food, according to a study cited in another Guardian story. They “do sex work, save school lunches, sell drugs and join gangs for food,” The Guardian said, citing a report from the Washington, D.C.-based Urban Institute.

Some Americans are so poor that they cannot pay a ﬁne and end up in “a modern-day debtor’s prison,” HuffPost reported, citing the case of Rozzie Acott of Louisiana. Accused of stealing food worth $5 and unable to pay a $450 ﬁne and court costs, Acott was promptly sentenced to jail time.

Despite a strong economy and 4.4 percent unemployment rate in 2018, “about 40 percent of American families struggled to meet at least one of their basic needs last year, including paying for food, health care, housing or utilities,” The Associated Press reported, citing an Urban Institute report.

The report said “food insecurity” was “the most common challenge,” adding, “More than 23 percent of households struggled to feed their family at some point during the year.” Nearly one in ﬁve of those surveyed reported having to forego medical attention because of the cost. About 13 percent of families missed a utility bill payment at some point during the year and 10 percent of families did not pay the full amount of their rent or mortgage or paid it late.

Indeed, the Census Bureau said in 2019 that the poverty rate declined by 1.3 percent, which the bureau said was a downward trend for ﬁve consecutive years to its lowest level since it started keeping records on the subject. But the rate was still 10.5 percent, meaning that more than 30 million Americans were living in poverty.

Poverty is worst in the South, USA Today reported. West Virginia ranked 50th overall economically among all states in 2018, with a poverty rate of 19.1 percent, the fourth highest. This is the home state of Democratic Senator Joe Manchin, who, with Arizona Democrat Krysten Sinema, has blocked President Joe Biden’s Build Back Better initiative to help struggling Americans pay their bills. Florida ranked 39th overall, with a poverty rate of 14 percent, the 17th highest.

“Florida’s median annual household income of $52,594 is one of the lowest in the country and well below the U.S. median of $60,336,” USA Today said at the time. “A high share of Sunshine State households need help buying food. Some 13.6 percent of households in the state rely on Supplemental Nutrition Assistance Program — or SNAP — beneﬁts, the program known formerly as food stamps — to help buy nutritious food. … Some 6.9 percent of households earn less than $10,000,” which was among the lowest of all states.

On the other hand, both in the United States and globally, the combined wealth of billionaires has risen by 25 percent to more than $10 trillion during the coronavirus pandemic, thanks to government economic stimulus, Forbes magazine reported last October, citing a study by UBS (Union Bank of Switzerland) and PwC (Price-waterhouseCoopers).

Against such a background, it should be astonishing that the Build Back Better initiative, which focuses on alleviating poverty and improving the standard of living for tens of millions of Americans, stalled and Biden and his Democrats are being seen as inept. The direct reason is the recalcitrance of Manchin and Sinema but that is only a small part of it. The bigger reason is the state of contemporary politics which makes people blame the president who is trying to improve their lives, while not holding accountable not just Manchin and Sinema but also the 50 Republican senators who were united in their determination to make the Biden plan fail, especially those from the South, where poverty is at its worst.

It bears repeating that there is an ongoing, decades-long campaign by the super-rich to set Americans against one another over cultural issues and thus divert attention from the predatory capitalism responsible for their economic plight and which has bought political cover from the Republican Party. And any discussion of class warfare is seen as taboo because many Americans have been led to believe that it would destroy the republic, perhaps even more than the anti-American siege staged by the insurrectionists at the Capitol. But that discussion has to happen.

The indications are that poverty and economic inequality will not be alleviated unless Americans want it to happen and force their elected representatives to make it happen. The alternative is persistent, stark poverty for many in the midst of obscene plenty for the few. Turning away from Biden and the Democrats because of the tough hand dealt them in the 2020 election, becoming pessimistic or refusing to vote is just what the wealthy want to see happen.

Next post FDA curbs use of antibody drugs sidelined by omicron

Previous post America is coming together – ask Sinema and Manchin