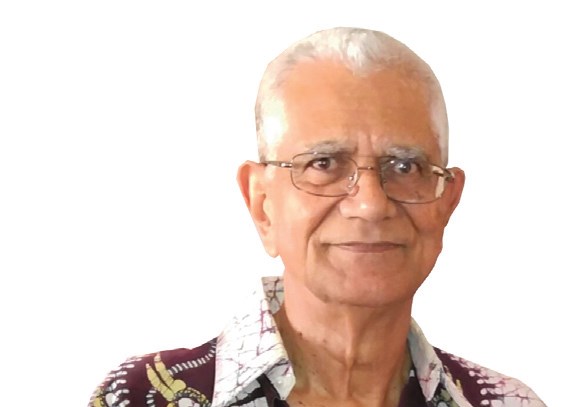 The prime minister of New Zealand, Jacinda Ahern, sat motionless as a large white mat was pulled over her head, completely covering her. Then the mat was taken off her and she embraced those who had put it on. The country’s leader had just been through an ifoga, or traditional Samoan ritual, in which the participants ask for or receive forgiveness, Al Jazeera’s Wayne Hay reported.

During the ceremony on Sunday at the Auckland town hall, it was the prime minister who sought forgiveness – for the “Dawn Raids” 50 years earlier when police hunted down undocumented migrants, sometimes using dogs. Many had come from Samoa, Tonga and Fiji on temporary visas to work in factories and fields.

“Today, I stand on behalf of the New Zealand government to offer a formal and unreserved apology to Pacific communities for the discriminatory implementation of the immigration laws of the 1970s,” Ahern stated during the ifoga. “The government expresses its sorrow, remorse and regret that the Dawn Raids and random police checks occurred and that these actions were ever considered appropriate.”

Twenty-five years earlier, the late Nelson Mandela set up a Truth and Reconciliation Commission in South Africa after the fall of the racist apartheid system which ruled from 1948 to 1994. It was Mandela’s way of readying his people for African majority rule and avoiding possible violent revenge against the Europeans, who comprised 20 percent of the nation. After all, Mandela himself was jailed for 27 years as a political prisoner and he showed no bitterness when he was freed.

The commission had no power to impose reparations but, besides providing a forum to air grievances, it had the authority to grant amnesty to those who confessed to violations of human rights.

The United States has even greater reason to apologize for aspects of its history: its genocidal treatment of the Indigenous peoples and slavery. The horrors visited upon both segments of the population are no secret. For the Indigenous peoples, the history includes 149 years of war to protect their “Turtle Island” and the Trail of Tears in which 15,000 Cherokees were forced to walk from their lands east of the Mississippi River for resettlement 5,000 miles away, 3,000 perishing along the way. The ethnic cleansing ultimately reduced the native population from more than 80 million to about five million now.

Distinguished historian Henry Louis Gates Jr., meanwhile, wrote in The Root on Jan. 6, 2014, that, Africans were brought even earlier than 1619, the year most regarded as the start of slavery. Between then and 1866, around 12.5 million captive Africans were shipped to North America, the Caribbean and South America, with more than a million dying along the way. Citing the Trans-Atlantic Slave Ore. Trade Database, Gates said only about 388,000 actually were brought to what became known as America.

For the enslaved, life – and death – was a horror. The National Memorial for Peace and Justice which attorney Bryan Stevenson and his Equal Justice Initiative built – both located in Montgomery, Ala., commemorates the more than 4,300 enslaved Africans who were “hanged, burned alive, shot, drowned, beaten, or otherwise murdered by white mobs from 1877 to 1950,” Kriston Capps reported in The Atlantic in 2017.

The slaves, too had a Trail of Tears, writer Edward Ball, who has been a mission to locate the descendants of his ancestors’ slaves, recounted in Smithsonian magazine in November 2016, The slaves were forced to walk from place to place in “Coffles” to be shown and sold in “the great missing migration – a thousand-mile-long river of people, all of them black, reaching from Virginia to Louisiana. During the 50 years before the Civil War, about a million enslaved people moved from the Upper South – Virginia, Maryland, Kentucky – to the Deep South – Louisiana, Mississippi, Alabama. They were made to go, deported, you could say, having been sold.”

Ball added, “This forced resettlement was 20 times larger than Andrew Jackson’s ‘Indian removal’ campaigns of the 1830s, which gave rise to the original Trail of Tears as it drove tribes of Native Americans out of Georgia, Mississippi and Alabama. It was bigger than the immigration of Jews into the United States during the 19th century, when some 500,000 arrived from Russia and Eastern Europe. It was bigger than the wagon-train migration to the West, beloved of American lore. This movement lasted longer and grabbed up more people than any other migration in North America before 1900.”

Understanding these aspects of the nation’s history and how they are reflected in today’s United States will not inflame racial tension, as some claim, because that already exists. The nation owes the Indigenous peoples and African Americans – now numbering more than 45 million – a heartfelt apology coming from Congress and the president. Instead, Republican leaders have politicized even the teaching of this history to the young, who need it to understand the world in which they are growing up. The nation’s soul cannot heal until the pain is acknowledged, as New Zealand’s Ahern and South Africa’s Mandela knew.

Humankind’s goal in the 21st century will be to attain “immortality, bliss and divinity,” Yuval Noah Hariri says in his 2015 book “Home Deus.” But humans have not yet started to really learn to live with one another. And, as to the claim that the human rights violations which took place in early American history had divine blessing, one character in the movie “Day of the Falcon” points out that “God hates what we do to each other.”