So what’s going on in your neighborhood? 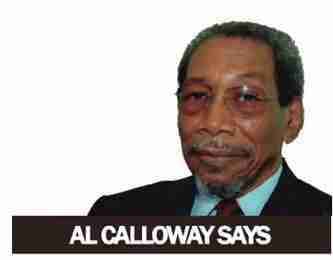 In what I call Central Fort Lauderdale, which includes the downtown business area, black people occupy most of the land east of State Road 7 down to Andrews Avenue. It is Fort Lauderdale’s most valuable future land mass, especially neighborhoods north of Davie Boulevard and south of Commercial Boulevard. The reason why is simply because Florida’s coastline is sinking due to climate change and black people occupy the highest ground, which is far away from the otherwise vaunted intercoastal and beach.

So black people live in a gentrifying zone which always means that, one way or another, they will be removed. For this coming crisis to succeed, black politicians, preachers and black and white consultants will assist financial institutions and government agencies convince property owners to sell. Prices offered will seem profitable against prices paid years ago. Once blacks sell, property values will skyrocket while monies received for properties sold cannot purchase anything nearby.

If nothing else, gentrification in Miami’s Coconut Grove and Overtown should illustrate what’s coming. Sadly what’s facilitating this fast-paced inner city black removal thrust nationally is the Community Reinvestment Act (CRA) of 1977, which was enacted to stop financial institutions from “redlining.” Before 1977 it was the federal government that told banks to avoid doing business in predominately black and immigrant areas by redlining those neighborhoods!

The CRA was supposed to give blacks and other discriminated against populations such as immigrants the right to borrow from banks to purchase, remodel and fix up properties in their neighborhoods. However, young white professionals are lured by banks which offer them 3 percent down payment instead of the industry standard of 20 percent. White nationalism prevails as banks routinely deny loans to neighborhood blacks where whites get loans in minutes.

However, CRA obligations are satisfied say bankers and our so-called “democratic” government – and I’m talking about under the Obama administration. You already know Trumpism is making matters worse for blacks and others by a distain for regulations and a belief that “white is right. . . .” African Americans and Latinos are turned away by banks in major metropolitan areas and smaller cities throughout the United States of America, every banking day.

Since 2009, under Obama, just about every financial institution in America has passed inspection of their adherence to the rules and regulations of the Community Reinvestment Act while still discriminating in their lending practices! So with over 10 thousand black elected officials nationwide at the local, state and national levels, black wealth development was/is, apparently, on nobody’s agenda; sad. Barack H. Obama entered the White House as president in debt and a year after his presidency scored a net worth of $2.9 billion.

(You’ve got to be able to swim with the sharks.)

Please hear my humble plea, black Fort Lauderdale. White people didn’t want you around them. They did the same thing all over America: placed you nearby so you could easily get to shine their shoes, clean their houses and offices, pick their crops, take care of their children and drive them around. It ain’t been easy, but you made it thus far. Some of you came out of the projects and you’ve got grown children who somehow got to be teachers, administrators, preachers, lawyers and judges. You’ve got homes through struggle and hard work.

Since the 1960s, many young parents luckily got an education through various government programs and bought houses. To all of you, when they come around waving money for your property, please understand that your property in 2019 and going forward is worth at least 3 to 4 times or more than any offer. Be steadfast and start learning about property values. Use church facilities, NAACP, Urban League and other places and cause black elected officials and others to present teachable moments and political organizing. Please.