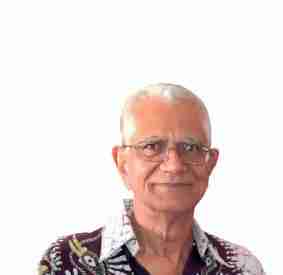 A bitter dispute between the Ron DeSantis administration and a state data specialist ﬁred in May took a dramatic turn last week when Florida Department of Law Enforcement (FDLE) agents raided the home of Rebekah Jones with guns drawn to execute a search warrant.

Jones, 30, was dismissed for alleged insubordination but which she attributes to her refusal to obey instructions to manipulate coronavirus data to boost support for reopening the economy.

The warrant to seize her mobile phone and computer was based on an allegation that someone at Jones’ address hacked a Department of Health website and posted this message to some 1,700 employees on Nov. 10: "It’s time to speak up before another 17,000 people are dead. You know this is wrong. You don’t have to be part of this. Be a hero. Speak out before it’s too late." Jones denies sending the message.

Jones, 30, has advanced degrees in geography and mass communication. At the time she was ﬁred, she worked in the state Department of Health as a Geographic Information Systems manager and was in charge of the Florida COVID19 Data and Surveillance Dashboard which she said she created.

Jones ﬁled a whistleblower complaint and started her own virus data dashboard in June with more than $150,000 raised through GoFundMe. “I wanted to build an application that delivered data and helped people get tested and helped them get resources that they need from their community,” Jones told The Washington Post. The numbers she has been reporting, she said, differ sharply from those which the state has been publicizing.

She also raised more than $100,000 within days of the raid through GoFundMe to help with legal costs and insists that FDLE’s action was intended to intimidate employees from speaking out. The media, for one, has not been silent.

On March 22, The Miami Herald’s editorial board published a commentary headlined, “Coronavirus is killing us in Florida, Gov. DeSantis, so act like you give a damn.”

The Herald had described the governor as “a timid leader in the face of the growing scourge — and growing number of deaths — from the disease in his state.” At the time the virus had already infected more than 700 Floridians and killed at least 12 and alarm bells were already sounding.

On July 17, Politico reported that the Florida Surgeon General Scott Rivkees told a brieﬁng that Floridians might have to social-distance for a year. But a DeSantis aide pulled him out of the meeting, ostensibly for another appointment – which was not on his calendar. In July

also, The Post warned that Florida had become “a global epicenter of the coronavirus” but that DeSantis was meeting only once a month with Rivkees.

With infections numbering 432,747, CNN reported on July 27, around 5,000 health care professionals at the Jackson Health System in Miami-Dade County, where infections reached100,000, called on DeSantis to issue a mandatory maskwearing order. He refused. Two days later, the South Florida Sun Sentinel’s editorial board chided the governor: “Your refusal to impose a mask order — a requirement now in effect in 32 other states — is out-of-touch with the mainstream.”

Still, on Sept. 25, DeSantis signed an

executive order barring cities from ﬁning people who violate their mask-wearing ordinances and extended it in late November. The number of infections was racing towards one million. Miami, a virus hot spot, was reduced to issuing citations without ﬁnes.

On Nov. 30, the governor declared that the state would implement no more measures to curb the virus, announcing at a press conference that there would be “no lockdowns, no ﬁnes, no school closures.” He added, “No one’s losing their job because of a government dictate. Nobody’s losing their livelihood or their business. That is totally off the table,” WDWNT reported. The week before, the state recorded 54,246 new infections and 509 deaths.

The Sun Sentinel said that, like his idol President Donald Trump, DeSantis sought advice not from experts but mainly from his wife, Casey, a former television personality, and his chief of staff, Shane Strum, a former hospital executive. He also consulted Scott Atlas, a radiologist with no experience with infectious diseases but whom Trump hired as his coronavirus adviser. Atlas believes in herd immunity — allowing the virus to run unchecked until everyone is infected — which could explain DeSantis’ opposition to tougher measures to curbing the pandemic.

At the start of this week, the number of infected cases in Florida reached 1.1 million, with deaths totaling 20,000. It is expected to worsen during the winter months.

DeSantis turned up Monday when a Tampa nurse became the ﬁrst person in Florida injected with the Pﬁzer vaccine. It was indeed a good moment because the vaccine will save tens of thousands of lives in the state – through medical science, not bogus theories such as herd immunity. Sadly, tens of thousands more would be alive if he had managed the crisis responsibly.

Previous post Is there a civil war in America?